In the summer of 2006, we drew attention to the important phenomenon of Web 2.0. Since then, a great many Web users have become familiar with virtual online communities and several players have really started to stand out. One such site is Facebook, which is the process of establishing itself as a mainstay of the Web’s new participatory environment. Its sphere of influence extends to just about everything, including, of course, the tourism industry.

Facebook is hard to understand without experiencing it for yourself.

To begin with, Facebook is more than just a Website; it is an entire online social network. However, unlike other virtual community sites focussed on creating new virtual connections, Facebook works exclusively with its members’ pre-existing contacts. One of its founders, Mark Zuckerberg, describes the site as a form of “social mapping” that enables people to communicate with friends, family and co-workers, share information, and create and post a variety of content, all within an extremely efficient, user-friendly environment. Experts are calling Facebook a revolutionary portal and some have even compared it to Google in terms of its eventual impact on society.

The popularity of this collaborative platform is impressive. Founded in February 2004 by some Harvard students, the site had already signed up more than one million active members within its first ten months. Initially reserved solely for students, Facebook did not really take off until it opened registration to everyone in September 2006.

Although the phenomenon is still very young, the site now boasts 40 million members around the world, with more than 6 million in Canada. “Facebookers” are very active; more than half of active users visit the site daily. Since January 2007, it has registered 200,000 new users a day. Interestingly enough, the site is not simply popular among adolescents; in fact, the demographic segment showing the most growth is that of 25 years and over.

For the time being, Facebook seems to be most popular in big cities. The Montreal network already has over 229,000 members, compared to that of Québec City, which has approximately 18,000. However, this data is for illustrative purposes only, given that individuals are not obliged to associate with their given geographic network.

How does it work?

Users start by creating a personal profile, and then connect with other people they know (either directly or through friends) who are already registered on Facebook. There is also a function for inviting other friends who are not already on Facebook to join their network.

Once a user has created a virtual community of their friends or professional contacts, this network is used as a platform for communication: to announce events, support causes, and post blogs, vacation photos and videos, parties, various activities, etc. What distinguishes Facebook in particular is that people use their real identities (see illustration). Users interact with their real-world contacts, whether friends or co-workers. Facebook is a dynamic form of networking and features a number of tools that facilitate communications among existing communities. 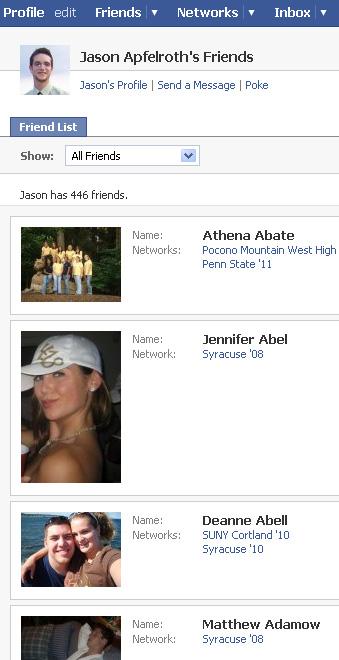 Beyond these basic functions, the possibilities are endless. With Facebook, users can share different types of content in a single location and enjoy access to an open technology. This technology has led to the creation of numerous new third-party applications (widgets) – some of which are useful, some of which are just fun – that can be used to personalize one’s profile. For example, the following image illustrates the connections that exist within a Friend Wheel. 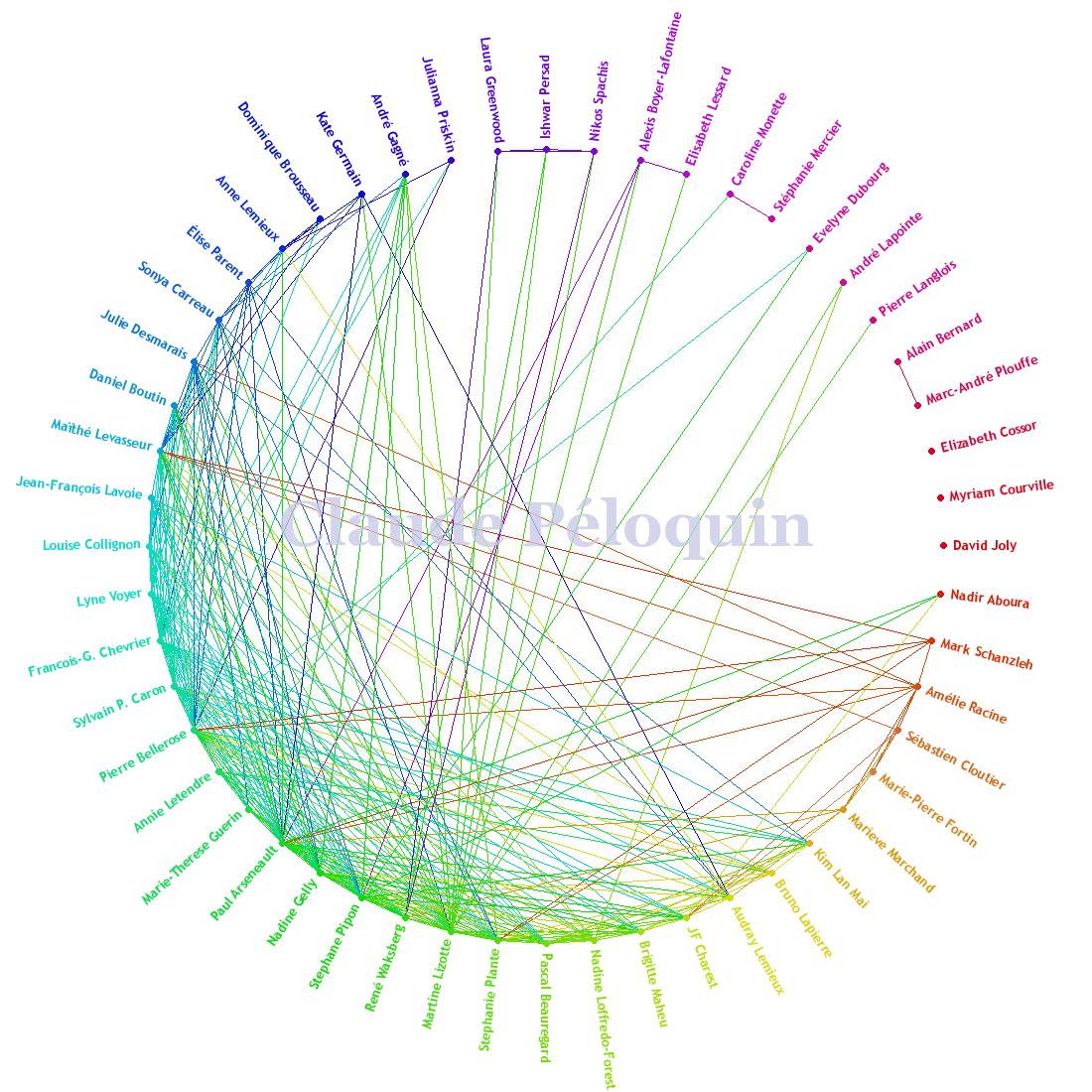 According to the research firm comScore, last April this type of online application received over 178 million unique visitors in all.

The impact for businesses

In addition to impressive traffic numbers that have made Facebook the second most popular social network site after MySpace (and number one photo-sharing site), the concept of trust is what justifies the interest in this type of development. From a business standpoint, everyone knows how important “word-of-mouth” is to sales. Facebook is the ideal vehicle for such a viral effect, because it is a human chain based on the built-in trust members have in the individuals that make up their world. For businesses, it offers access to a highly targeted, qualified population.

Businesses and interest groups can also create their own profile to promote an idea, a concept, an event, etc. Facebook’s tremendous flexibility offers users a variety of ways to control the content they send and receive. For example, they can screen irrelevant information, even from within their own network of contacts.

And this is only the beginning!

Facebook is thus a prime example of a major Web 2.0 player. Its rollout is just beginning and its founder recently turned down two purchase offers, including one from Yahoo worth US$1 billion! Valued at over US$10 billion, Facebook is already expected to make a big splash on the public market.

We are probably seeing only the tip of the iceberg. In fact, the company is working on developing an advertising model based on the wealth of information it has about each user. Like Google’s sponsored links, businesses will be able to purchase highly targeted advertising banners on Facebook that match users’ interests and their social network, thus highlighting the true value of this impressive community.

See also:
– What is Facebook’s impact on the tourism industry?
– You haven’t heard the last of Web 2.0!
– Your client’s friends are your friends