Greening American hotels: some practical measures implemented so far by the lodging sector 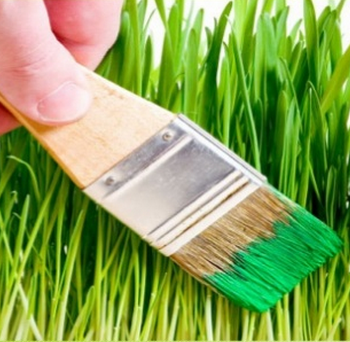 The number of certified green hotels continues to grow, but the eco-efficiency measures implemented vary widely among establishments. For many hotels, a sustainability strategy includes working towards carbon neutrality, community involvement, supporting conservation initiatives and participating in a range of certification programs. However, not all hotels are green, and often even basic measures have not been taken to improve performance, as outlined in the recent findings of the 2008 American Hotel and Lodging Association (AH&LA) and Smith Travel Research Report (1) (referred to as the AH&LA Report in this analysis). This study presents data based on a total of 10,350 responses, or 23% of the entire sector in the United States.

Linen reuse programs have emerged as one of the oldest and most popular forms of energy conservation measures since they directly result in cost savings on labour, water, energy and detergent use. This measure is an easy way to improve resource efficiency, and research suggests that 75% of guests who have the opportunity to participate in such programs, do (2). Furthermore, guests are more likely to reuse their towels when they know other guests are doing it, as the research shows that signs focussing on environmental benefits are less effective than signs that point out the level of participation of other guests. According to the AH&LA Report, 67% of establishments had a linen/towel reuse program in 2008, compared to 52% in 2004 (1). Analysis by price segment shows that 63% of economy hotels have adopted the program, while 76% of luxury hotels have. Larger hotels are more likely to implement this program than smaller establishments.

Greenlodgingnews.com estimates that approximately ten billion shower amenity packaging pieces are thrown away annually by the world’s hotels (3). The installation of liquid soap dispensers is an eco-efficiency measure that saves 70% on waste production and reduces operational costs because cleaning staff do not have to replace amenities daily. According to the AH&LA Report, the use of liquid soap dispensers increased from 6% in 2004 to 22% in 2008 across surveyed hotels. Analysis by price segment shows that 15% of budget hotels, compared to 20% of luxury establishments, have installed liquid soap dispensers in their establishments, while the size of a hotel seems to have no effect on the rate of installation.

The UNEP estimates that the accommodation sector contributes 21% of all tourism-generated CO2 emissions globally (4). In addition, maintaining the heating, TV and lights in empty rooms can cost up to 20% of a hotel’s electricity budget. Many hotels have installed in-room energy monitoring systems in recent years in an effort to be eco-efficient. The manufacturers of some sensors report that the savings in energy costs due to monitors provide a return on investment within just one year. These monitoring systems function automatically and are time-savers for management staff, who do not have to manually adjust the controls in each room (5). Of course, energy use per-room can also be reduced if guests simply pay attention to switching things off themselves and if hotel managers book one floor at a time (6). This measure can help reduce energy consumption, especially during low occupancy periods. The AH&LA Report shows that, across the United States, 25% of establishments had in-room energy management sensors in 2008, compared to 15% in 2004 (1). By price segment, 38% of budget hotels had installed this tool, compared to 32% in the luxury segment. In terms of hotel size, larger hotels appear to have installed sensors in greater numbers than smaller hotels have.

The implementation of recycling programs can be difficult since it depends on the availability of additional infrastructure and considerable logistics to deal with the waste collected (4). This is particularly true in remote and isolated areas. However, hotels are implementing recycling programs slowly, and trends suggest a general rise. According to the AH&LA Report, in 2008, 40% of establishments in the United States had recycling programs, compared to 32% in 2004 (1). A comparison according to price segment shows that only 21% of budget hotels recycle, compared to 56% of luxury establishments. It seems that mid-sized hotels with 20 to 129 rooms are less likely to recycle when compared to smaller hotels and those with more than 130 rooms.

A lot of hotels have replaced their incandescent light fixtures, especially hallway lighting, with T5 and T8 fluorescent lamps. In many cases, government organizations provide incentives via subsidies and rebates to encourage this practice. According to the AH&LA Report (1), in 2008, 68% of all American hotels had energy-efficient lighting installed, and there were very few differences in implementation according to either price segment or room range.

The UNEP estimates that tourists typically use four times more water when travelling, compared to staying at home (4). Some fixtures such as efficient bathroom faucets and dual-flush toilets can help hotels reduce their water use between 20% and 40%. The number of products on the market to improve water efficiency is on the rise and the U.S. Environmental Protection Agency has a voluntary partnership program called WaterSense, which labels designated products and services that conserve water. The AH&LA Report shows that water saving programs had been implemented by 46% of surveyed establishments across the United States in 2008. According to price range, 64% of budget hotels had done so, compared to 50% of luxury hotels. Analysis according to the size of the hotel shows no clear pattern in implementation; however, it seems that larger hotels are more active in saving water resources.

Like any business, a hotel needs to respect its triple bottom line in order to stay competitive. While green programs offer significant cost savings, the guest response to these programs (impact on loyalty, price sensitivity) can also provide a significant market opportunity (7). According to the Market Metrix Hospitality Index Survey (8), overall, guests who rank a hotel’s green program highly are willing to pay at least 7% more for their room compared to other guests. These same guests also stay longer, are happier with their stay and are more likely to consider the loyalty program as “very important” in selecting a hotel. Hotels with highly ranked green programs also experience half as many guest-reported problems (according to the same survey).

Forbes listed the following as America’s greenest hotels for 2008 (9):