Around the world, Sustainable tourism, 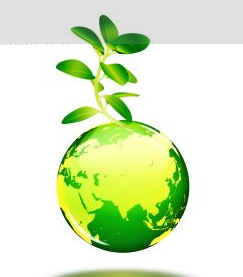 The need to develop tourism based on sustainability principles is a part of a general tourism policy framework since 2005 in Québec(1) and most tourism sub-sectors also have set broad objectives based on this basis, including the Ski-doo Federation (2). Although sustainability is well accepted across Québec’s tourism sector, in practice it is not a central part of it, even though many businesses and organizations have implemented numerous measures to improve their performance. In this context the action of a few appears ad-hoc.

To date none of the 21 tourism regions had produced a comprehensive regional scale sustainable development strategy with a clearly articulated vision, set of achievable short and long-term objectives and progress measure indicators. Yet, tourism is an important economic activity in Québec and in 12 regions it directly generates at least 3% of all income (3). Tourism has much more potential to be sustainable, since most regions have rich natural and cultural resource bases and diversified economies. Although natural resource exploitation forms the foundation of many regions across Québec, there is much untapped potential to expand tourism in these areas, thereby achieving greater economic integration. Untapped potentials also remain between biodiversity conservation and tourism development on private and public lands besides the protected area networks managed by the Provicial Parks Authority, la Sépaq and Parks Canada.

In some regions such as the Laurentians, concrete initiatives have been undertaken towards strategically integrating tourism into the regional economy through the Provincial Government’s Accord Program (4). In other regions a shift towards increased collaboration between stakeholders is occurring by the establishment of various cooperatives. Examples include the Lac Saint Pierre Biosphere Reserve (5), l’Échappé Bleue (6), Le Parc Aventures Cap Jaseux (7) and V.E.R.T.E. cooperatives (8). There are probably numerous other locally driven projects, but to nobody has examined their socio-economic value or general importance.

There are also 23 territorial areas across Québec with Local Agenda 21 (LA21) strategies (9) and one of the best examples with a strong tourism orientation includes the municipality of Baie-Saint-Paul. There, an LA21 process and willingness and leadership by certain stakeholders continue to enable greater community interaction as part of the redevelopment planning of Le Massif Resort (10).

Some tourism operations have a longer history of functioning according to sustainability ideals such as the Le Baluchon rural resort (11) and the zoos in Granby and Saint-Félicien (12, 13). However, very few businesses have a transparent Corporate Social Responsibility strategies, such as those published by the Granby Zoo(12) and Transat AT (14). Many tourism operations have reduced their energy and water use and waste output via different mechanisms, but their overall impact is not evaluated. Hotels in Québec seem to be making visible progress, especially since the Québec Hotel Association has its own Reser-Vert certification program (15), and the CITQ also recently modified its rating system to include environmental considerations and carries out checks on behalf of the Canadian Hotels Associations of Green Key rated establishments (16). Since recent years, numerous events including conferences and festivals are increasingly organized as ecologically and socially responsible, such as Montreal’s International Jazz Festival (17). Many other tourism operations also have supply chain management policies and source various products locally and or produced responsibly. Abitibi-Témiscamingue is the first ‘green’ Tourism Region awarded by Recyc-Québec for achieving more than 80% waste recuperation for its office operations (18).

Besides environmental efforts, some tourism businesses are also making contributions to improving north-south relations. For example, L’Auberge l’Autre Jardin (19) has been directly providing financial benefits to developing countries via its support of Carrefour Tiers Monde. Similar actions can be observed by Parc Safari that sells fair-trade products from developing nations (20). Sustainability news about small and medium enterprises (SME) in Québec is not well documented, which suggests limited progress. Since SMEs comprise about the majority of the tourism industry (21), it might be worthwhile to examine their progress, and issues so that appropriate tools could help them implement change towards sustainability.

Quebec’s tourism includes a variety of products to help reduce its greenhouse gas emissions such as a vast bike network developed by Vélo-Québec (22), the Bixi bike in Montreal (23) and the bio buses in Old Quebec and Montreal (24). Some businesses and events are also carbon neutral, but their profiles and numbers has not been documented. For example, Karavaniers du monde is the first tour operator in Quebec to include the cost of carbon offsets in its pricing (25). Climate change does not seem to be a preoccupation of the Quebec tourism sector, despite the vulnerability status of some products notably ski, snowmobile and various other outdoor activities (26).

Some sub sectors in Québec have a long history of encouraging businesses and visitors alike to reduce their environmental impact, notably Québec’s Adventure and Ecotourism Association (27). How many visitors to and from Quebec travel environmentally consciously is not known. Undoubtedly Québecois travelers are increasingly ethically minded. Since 88% of tourists in Québec are of domestic origin, consumers locally need more indication about industry’s progress so they can choose responsibly (28).

Various operational changes to improve environmental and social performance of the tourism sector are occurring at all scales, but nobody knows the real progress in the absence of benchmark indicators. Québec is not ahead nor behind other Canadian Provinces but there has not been a national study to compare progress at this scale. Québec’s tourism sector is in the beginning phase of operationalizing sustainable tourism and the above examples highlight the need for a Provincial scale action plan combined with a set of feasible progress indicators.

The support tools and knowledge network to put sustainable tourism principles into action is growing across Québec, and numerous institutions offer special training to improve human resource capacity, in responsible environmental managers that is directly applicable to tourism (29).

There is also a growing amount of effective tools and mechanisms reported from outside Québec to help implement change rapidly and help sustain a viable and responsible industry sector. However, local leadership remains an important key driver to implementing any action plan. There needs to be more leadership from government and industry to move the fragmented sub-sectors forward and to provide a coordinated approach to the entire process in Québec. The tools are wide ranging, and many remain unexplored potentials in Québec, including financial incentives and voluntary measures.