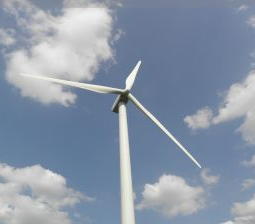 Like many places, Québec has also created a policy framework to increase energy production from renewable sources such as wind.(1) Wind farm construction presents numerous challenges, but from a tourism viewpoint, it has a direct visual impact on scenic landscapes and an indirect effect on industry due to potential economic losses. Opponents to wind farms believe that constructing large, towering metal structures creates an industrialized landscape in rural and natural areas, which some people consider to be detrimental.

Landscapes are an important tourism resource, so it is unrealistic for tourism stakeholders to offer unequivocal support for wind farms. For this reason, battles to stop wind farm development around tourism attractions continue, while at the same time opinions about wind farms continue to diverge. For example, there is opposition to the recently erected wind turbine on Grouse Mountain in Vancouver(2) and to the proposed wind farm near Mont St. Michel, a UNESCO World Heritage Area in France, even though the turbines would be situated some 15 km from it.(3)

For some people, wind turbines are symbols of sustainable development and valued for producing clean energy. Perhaps this attitude can give wind turbines some recognition for being part of modern heritage. Windmills, the predecessors of modern wind turbines, were also contested when introduced to the European landscape around the 12th century. In countries like Holland, windmills today are a visual part of the nation’s heritage and in Québec, many are also tourist attractions, notably on Île Perrot and Île aux Coudres.

However, wind turbines are unlikely to be a major tourism draw in their own right, especially since they are now increasingly part of the cultivated landscape in many countries. In some cases, they diversify the attraction base of a destination, like Cap Chat in the Gaspé Peninsula, where a visitor centre showcases the highest vertical-axis wind turbine in the world. Similar interpretation centres worldwide offer guided tours; in Denmark, for example, there are boat tours to see the offshore wind farms at Middelgrunden near Copenhagen. Preferences and attitudes towards modern wind farms are likely to evolve over time as people get accustomed to their presence, but it is unlikely that they will appeal to everyone in the future.

A Scottish report reviewing a number of studies evaluating the impact of wind farms on tourism suggests limited overall negative impacts.(4) However, tourists generally prefer wind energy projects to be located away from accommodation areas, historic sites, scenic areas and viewpoints, and places of natural beauty. The proportion of visitors who flatly oppose wind turbines near tourism attractions appears to be a minority, according to some reports. For example, a broad national survey in France showed 22% of the population thought wind turbines affected tourism negatively, while the rest were positive or neutral.(5) Similarly, in the Languedoc-Roussillon Region, a survey showed only 16% of visitors thought wind turbines degraded the landscape in general.(6) In a more recent study from Scotland, about 20% to 30% of tourists preferred landscapes without wind farms and the rest were mainly positive or neutral.(4) Tourist perceptions were also evaluated in a study in the Gaspé Region of Québec, where visitors generally expressed a positive attitude towards wind farms.(6) However, when asked about the establishment of new wind farms in the future, 56.4% preferred to see a concentration of wind turbines (more than 12 turbines) in a few places, rather than fewer turbines (less than 12) in multiple locations. Furthermore, 5.6% of visitors surveyed did not want to see any wind turbines in the Gaspé Region.(7)

While preference studies show broadly similar patterns, very few quantitative studies published to date have established empirical links between wind farms and the net economic impact on tourism. (8) Several studies use hypothetical scenarios to assess future preferences, thus indicating likely impacts on tourism.(9,10) Such studies tend to show that visitors would not change their travel patterns to an area if a wind farm were established, as 92% of visitors indicated in a survey in Southwest England, for example.(9) Overall, there is limited evidence to suggest that wind farms have a serious negative economic impact on tourism.

A report from Scotland estimated the net economic impact of potential wind farm development by calculating the combined effect of the changing number of tourists going to an area when a wind farm is constructed and the subsequent change in expenditures, and the lowered willingness to pay for a “room with a view” in an accommodation facility affected by the construction. The study looked at four areas in Scotland that represent about 12% of the country’s tourist activity and found that, in total, 81% to 98% of the tourists to these areas would be affected.(4) It also estimated the proportion of accommodation facilities in the same areas that would be impacted by the proposed wind farms, and this ranged from 9.83% to 32.40%. In the visitor survey part of the study, 63% of tourists preferred a landscape free of wind turbines from the hotel bedroom, while 28% were neutral and 9% were positive. The authors suggest visitor perceptions about wind farms are based on where they are. Thus, opinions about wind farms are likely to change if one has a passing view for a few seconds while driving by compared to having a longer, static view from a hotel room. For accommodation establishments with affected views, the study found a reduction in use by 4.9% to 16.20% and estimated a net expenditure reduction of between 0.48% to 1.59% respectively. The study also found proposed wind farm development may lead to a 2.5% loss due to fewer returning tourists visiting the area.(4)

In most places, like Québec, a variety of legislative and planning tools help minimize the social and environmental impact of wind farms.(11) In addition to its visual impact, wind farm development continues to push the limits of social acceptability in terms of its planning, management, operational control and fairness with regard to the distribution of benefits.(12) The few studies mentioned here suggest that even though the majority of tourists may appear positive about wind farms, one must look closer at preferences with regard to visiting places and choosing accommodations. In this context, it would be worthwhile to independently assess the effects of wind farms on tourism at the local and regional scale in Québec.