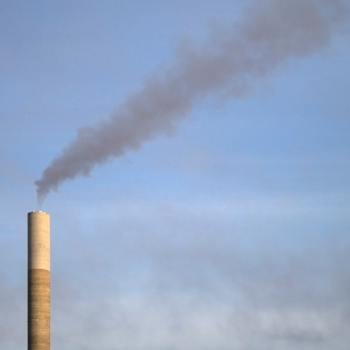 The relationship between climate change and tourism is interwoven and interdependent.  Climate change has major implications for the future of tourism because weather conditions factor heavily into the business direction of tourism operators. In Canada, seasonal and outdoor tourism may be adversely impacted by abnormal or unpredictable weather patterns, and costly changes to infrastructure may be required to cope with these changes .

With the growing concern about the effects of climate change and how the tourism industry is vulnerable to these effects, the challenge is to determine the awareness of tourism stakeholders and their level of participation in mitigating such effects.

A 2008 study by L. Kole et al at Ryerson University aimed to determine the level of awareness among Canadian travel agents with regard to climate change, and their willingness to offer carbon offsetting as a mitigation strategy to their clients. The study also aimed to determine whether more information regarding environmental issues and carbon offsetting needs to be provided to travel agents to assist them in channelling this knowledge to consumers.

The study sent an e-survey to 1886 members of the Association of Canadian Travel Agents (ACTA) and 2,500 members of the Canadian Institute of Travel Counsellors (CITC). The study received a 5.9% response rate.

The study concludes that since most travel agents have only a ‘basic’ knowledge and understanding of climate change, they are not sufficiently informed to help transfer knowledge about climate change and carbon offsets to their clients. This is also the main reason that agencies are apprehensive about presenting carbon offsetting as a viable option. Travel agents need to be well-versed in environmental issues and carbon offsetting in order to be ambassadors of environmental change.

In order to increase awareness, a combined effort needs to be initiated among governments, academic institutions and corporations to educate agents about the effects of climate change on tourism and carbon offsetting. As travel agents are representatives at the frontline of the tourism industry, they wield considerable influence when it comes to travellers’ actions and awareness of environmental issues.

Travel agents must realize that they can help mitigate the effects of climate change. Agents can inspire action by educating consumers about how their travels contribute to climate change, and by offering them carbon offsetting options to enable them to reduce their carbon emissions.