The status of carbon offsetting programs in North America 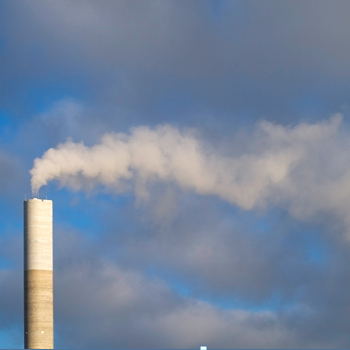 Carbon offsetting is a controversial practice to reduce one’s carbon footprint; however, this practice has spread worldwide in the last decade. Offsetting attempts to counteract the impact of carbon emissions by drawing carbon out of the atmosphere and/or reducing emissions produced elsewhere. There are many methods of offsetting available, from planting trees (biological sequestration) to renewable energy production (such as wind farms). A commercial market has emerged to provide offsetting services to businesses and individuals, where consumers need only pay the offset provider, who then finances offsetting projects. However, not all types of offset projects are equally effective and each offset purchase must be ‘additional’ to ongoing offsets¹.  In the current unregulated offset market, these issues of ‘permanence’ and ‘additionality’ are difficult to ensure.  Several voluntary standards and certifications have been introduced by the offset industry attempting to ensure sound offsetting practices, but even these standards are controversial. The highest or most reputable voluntary standard is the UNIPCC Gold Standard. Lack of education on offsetting, lack of transparency within the market and scepticism about the effectiveness of carbon offsetting all create confusion for consumers and businesses exploring carbon offsetting.

Key Findings of the Study

Offsetting and the Hospitality Industry

The study found that, overall, the hospitality industry was the most predominant industry utilizing offset providers, representing 19% of all offset business. Among hospitality and tourism sectors:

Respondents most often identified cost (40%) and lack of education (40%) as the barriers to buy-in by the hospitality industry and 85% of all respondents strongly agreed that there is confusion in the marketplace regarding carbon offsetting.

Renewable energy and biological sequestration were the most common types of offset project undertaken by offset providers, with each one used by 65%. Other common types were:

The study also found that there are numerous standards and certifications, with respondents identifying 14 different ones in use. The most commonly used standard was the Voluntary Carbon Standard (VCS). The Gold Standard, the world’s best known, was adhered to by four respondents. When asked which was the most credible method, respondents felt that ‘additionality’ was best ensured by standards (67%) and third-party verification (44%).

Implications of the Study

The findings indicate that the hospitality and tourism Industry is beginning to take action on the issues of climate change. Though the festival and events sector is a leader in adopting carbon offsetting practices, more efforts are needed to mitigate climate change, especially in the transportation sector. The study concluded that it is not clear whether the industry is purchasing offsets based on concern for climate change or in response to consumer demand; nor is it clear whether the industry is supporting the highest standard of offset providers or less reliable offset providers.

The recent economic downturn has demonstrated that the industry is highly price‑sensitive and the costs associated with adopting carbon offsetting practices were identified as a major barrier to buy-in for the hospitality industry.

Based on these survey findings, Dodds et al. (2010) call for more government regulation in the voluntary offsetting market to provide clearer standards of practice and a higher level of accountability. Further education regarding climate change and carbon offsetting within the industry is required as lack of education was a common theme among respondents (40%), yet many offset providers have not incorporated client education into their business practices. Some airlines have begun to provide carbon offset credits at the point of purchase, but few consumers are aware of the concept or knowledgeable about how it works.

As demand for offsetting is likely to increase as consumers become better acquainted with the practice, there is a need for regulation and education. If governments provide trustworthy regulation, consumers will become more confident in the value of their offset credits.  In the absence of government regulation, a number of recommendations should be considered and the hospitality and tourism industry should use discretion when adopting carbon offsetting practices. It is important to select offsetting providers that can produce a transparent accounting of their methods and offset projects. Familiarize yourself with the various offsetting methods and issues such as additionality and permanence, and look for the most trustworthy standards.

Industry should note that carbon offsetting is not a solution to the issues of climate change, but simply one part of a holistic strategy to mitigate your impact. Offsetting should be incorporated into a system-wide carbon mitigation strategy and supported by rigorous climate change education.

¹“An offset project is considered additional if it is not business as usual. Typically, this means that the project would not have happened without the extra funding from the sale of offsets.” (David Suzuki Foundation, 2009) Only with the applied concept of additionality can the offsetting program have a net benefit for the climate.