What’s new and different in spas 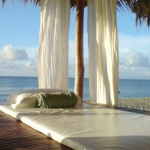 A successful innovation combines something new and different with something that consumers need. All spas try to offer a memorable experience and, even more importantly, tangible results in terms of client health and well-being. In their push to innovate, spas are trying to differentiate themselves with luxurious decors, unique or green architecture, exclusive treatments and local natural resources.

A bold design, (literally) anchored in the community

Installed in a former ferryboat, Bota Bota is moored at the Quays of the Old Port of Montréal; this floating spa offers a unique experience of well-being in an environment that is both urban and maritime. Sid Lee Architecture won a Design gold at the Cannes Lions International Festival of Creativity for this new attraction in Old Montreal. 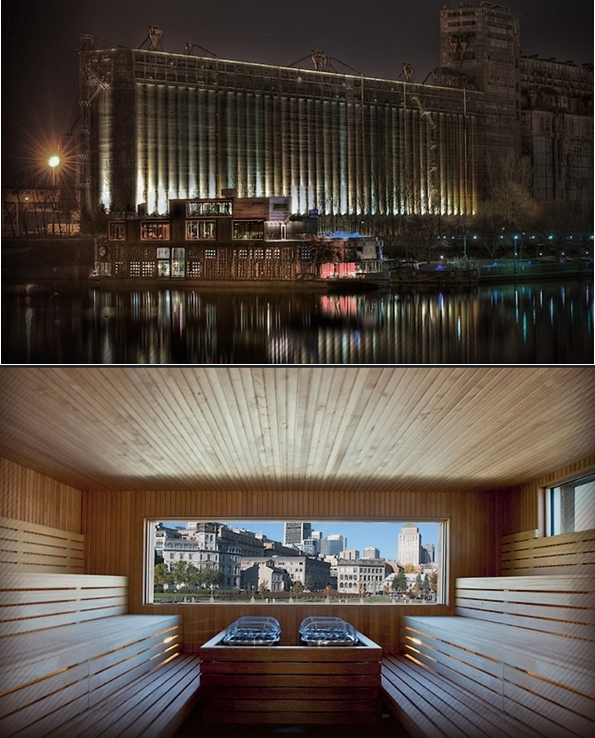 The Stonewater Cove luxury resort in the heart of Mark Twain National Forest welcomes clients to its Treehouse Spa. The individual elevated treatment rooms feature nearly a full window wall and offer relaxation and massage in harmony with nature. 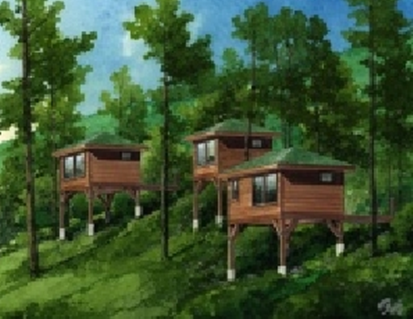 Many spas have moved more towards health and wellness, and the trend is likely to continue. According to Amy McDonald , a spa development consultant, a growing number of clients are seeking healthy lifestyles and looking for something more spiritually oriented.

Among the establishments offering more advanced health care is Sanctuary Spa in Arizona, which recently gave all of its therapists special training so they could provide therapeutic massages to cancer patients. In addition, the London Syon Park spa in the Waldorf Astoria has joined forces with a plastic surgeon to develop advanced non-surgical rejuvenating treatments.

Though such products do not usually appeal to the majority of spa clients, they do help the establishment stand out from its competitors, which can be very profitable.

If an establishment is going to be a true oasis of well-being, to be credible, it must adopt environmentally-friendly practices. Many spas follow this guideline and some stand out with their innovations. Located in a UNESCO reserve in Malaysia, The Andaman resort only uses 100% certified organic products and treatments in its spa. The primary challenge of using green treatments is their effectiveness; it is therefore important to take the time to test them properly.

Architecture can also be a part of how a spa innovates when it comes to the environment. For example, the Spa Mont Saint-Hilaire in Montérégie uses a geothermal heating and cooling system. A spa’s outdoor heated pools consume a great deal of energy, particularly during the winter. Green and renewable, geothermal power enables the Spa Mont Saint-Hilaire to meet nearly all of its energy needs: heat and cool a 7,500 sq. ft. building, melt the snow on its paths and maintain the temperature of its pools. Although this technology requires considerable start-up costs, it then provides substantial savings on energy costs.

On par with a tourist destination

Located in a UNESCO biosphere reserve, the Spreewald Therme (Spree Forest Thermal Bath) in Germany is a health resort that uses mineral water from more than 1,300 metres below the ground, composed of salts and minerals similar to those found in the Dead Sea. Since the discovery of this hot spring, the destination has quickly attracted more visitors who go to the new spas, hotels and resorts that have sprung up to offer body treatments. A theme-based itinerary called the kurortroute (spa route, in English) and a bike path wind through the community. A top attraction for the region, the Spreewald Therme is a certified spa destination with a modern complex of nine pools fed by spring water. With temperatures that vary between 18°C and 38°C, these pools cover 772 m2. 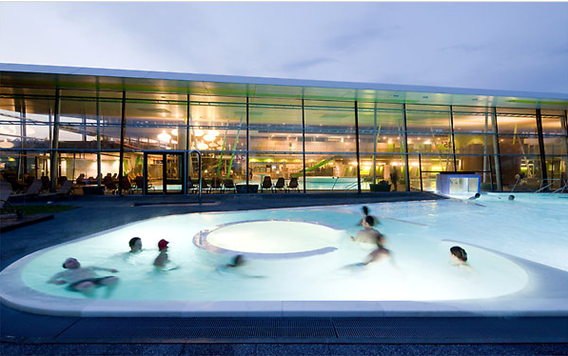 China, which is a booming tourist destination, is developing a hot spring resort, the Liaoning Wulong International Hot Spring Town. The overall cost of the project is estimated at US$1.5 billion . The developers hope it will become another international hot spring destination like Evian in France.

The city of Bath in the United Kingdom has been associated with hydrotherapy since the Roman Empire and was also very popular during the Georgian era. The English Heritage organization recently confirmed a grant that will help create one of the country’s first genuine spa hotels in over 100 years in the city of Buxton . This development will enable the city to restore a gem of architectural and cultural heritage. Also in the UK, a luxury spa has opened in Ellenborough Park, a 16th-century estate in the Cotswolds region.

Spas inspired by ancient cultures are very popular. The last decade has seen a proliferation of Asian-influenced establishments in the Zen style. Now spas are inspired by Native American traditions, offering rituals based on ancient remedies and treatments tied to the earth. In the Marriott hotels of Dubai and Qatar, Saray spas offer a journey through the history and culture of the Middle East. In Quebec, the Auberge du Lac-Taureau offers a Native American spa package.

A spa in Madrid, CosquilleArte, has developed the art of tickling. Rather than titillating guests or making them laugh, this gentle treatment engages the body and the mind.

Aromatherapy is also an innovative trend. The NoMi Spa at the Park Hyatt Chicago offers a complete sensory experience, during which specialists create a personalized mixture of essential oils that are integrated into every step of the treatment.

As for the height of luxury, the new Six Senses Spa at Hotel Missoni Kuwait offers a variety of treatments and activities in a sumptuous décor. 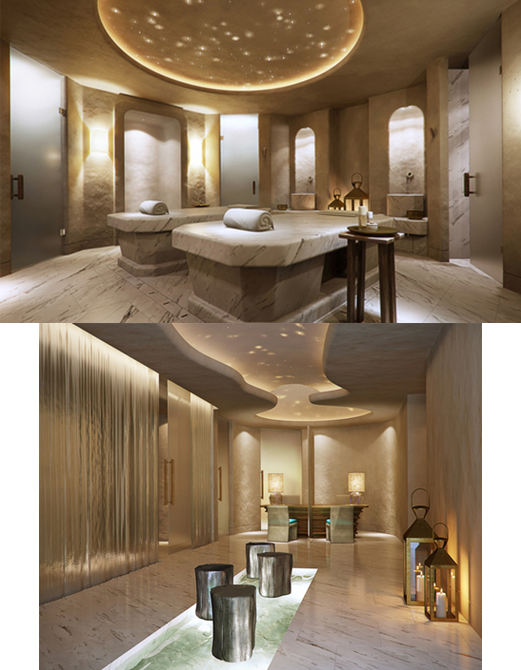 The spa industry has long defined itself as part of a healthy lifestyle rather than a frivolous indulgence, and now it is focussing on authenticity, prevention and design.