Around the world, Products and activities,

Urban creativity in the spotlight! 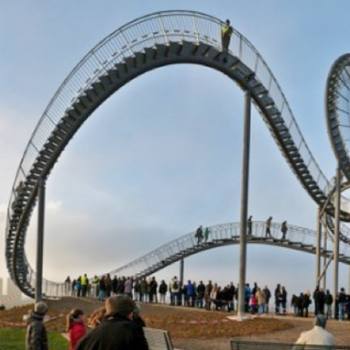 Over half of the world’s population lives in urban areas. By the year 2050, this percentage is expected to climb to 70%, while in North America alone, it will reach 90%! City-dwellers are already exposed to a dizzying array of options when it comes to recreational activities, entertainment, socializing and experiences of all kinds. Harbour swimming, rooftop hiking tours and camping in a chic hotel are just a few eloquent examples of urban creativity. Often urbanites themselves, tourists want to experience the city as residents do, visiting their haunts and discovering their well-kept secrets. The following article provides a quick overview of initiatives outside Quebec that help define a city’s personality and make it more dynamic for residents and tourists alike.

Since 2002, following major investments to clean up the water, it has been possible to swim in Copenhagen Harbour, the former site of significant industrial activity. An area of the city’s waterfront has been completely transformed and its new uses now include swimming and boating. Wooden boardwalks outline the swimming areas and a boat-shaped structure is used as a diving platform. The facilities are very popular during the summer months. 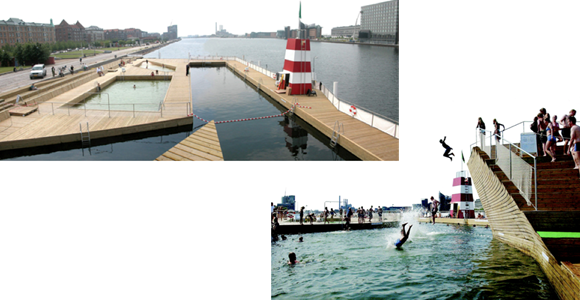 Have you ever wanted to climb up a rollercoaster…on foot? A sculpture built in the city of Duisberg, Germany, lets visitors do just that. Eleven metres high, this walkway offers visitors a unique view of the surrounding area. Located on a knoll atop an old zinc production site, the work of art is composed of steel and zinc. 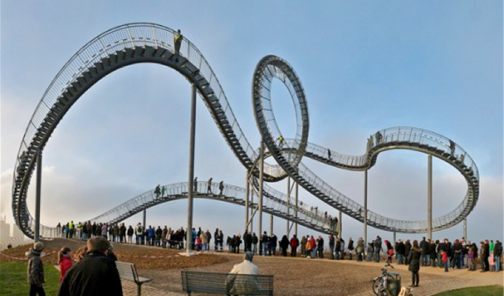 For the past several years, visitors have been able to explore the city of Stockholm from the rooftops. Participants in this very special guided tour must don a harness and pull a safety cable along with them as they stroll above the city and take in the fabulous views while listening to commentary from a guide. Talk about a unique memorable experience! 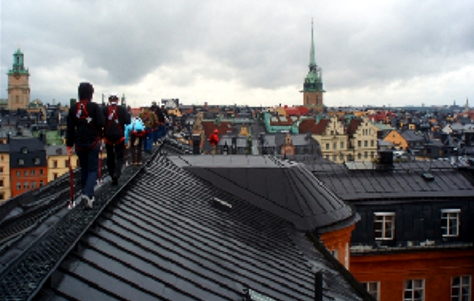 Also in Stockholm, sightseers can ride two spherical glass gondolas to the top of the Ericsson Globe, the city’s major indoor sports and entertainment facility. In operation since 2010, SkyView offers an incredible birds-eye view of the city, a little like the funicular on the Olympic Stadium Tower in Montreal. 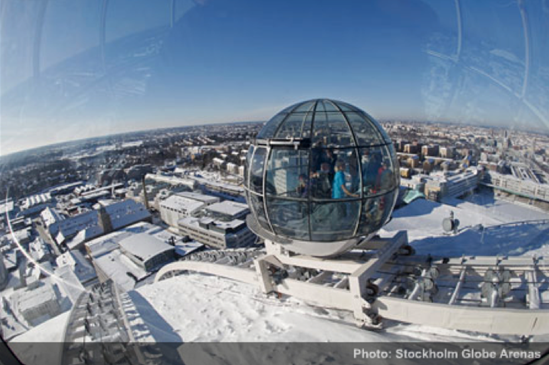 In the heart of Brooklyn, New York, the site of an old airport is set to become the largest urban campground in the United States. The National Park Service is planning to create approximately 600 campsites, making this location the ultimate in urban camping.

To satisfy the desire for outdoor urban experiences and, more importantly, offer something out of the ordinary, some hotels are inviting their guests to sleep in a tent. At Affinia Gardens in Manhattan, people staying in suites can sleep in a tent on their terrace and enjoy a s’mores-making kit (marshmallows, chocolate and graham crackers). Many visitors think that camping out in the heart of downtown New York City seems like fun. 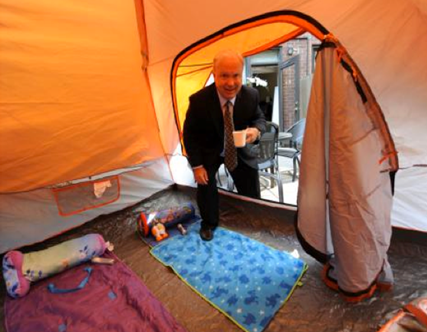 A different way to discover art and history

The Arenc Grain Silo in the French port of Marseille, listed as a 20th-century heritage building, has been turned into a concert hall. While retaining the building’s original façade of half-cylinders, the renovation opened them up with large windows. The ultra-modern theatre can seat 2,000 spectators. Built in 1926, the colossal structure was saved from demolition in 1996 and protected by a heritage rating. Nicknamed the “Olympia sur mer” in reference to Paris’ famous music hall, the theatre opened in September 2011. 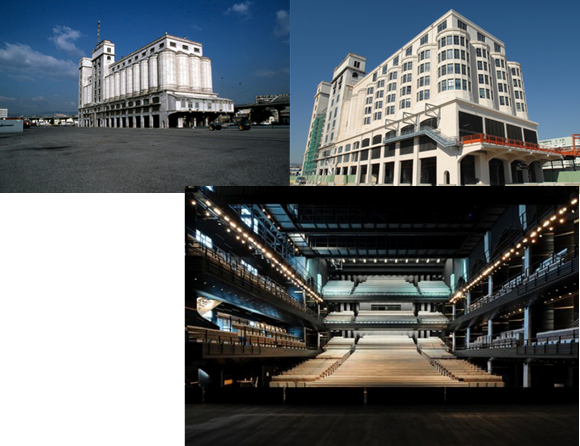 In downtown Rouen, France, a fake radar device signals pedestrians to slow down so they can appreciate the city’s urban heritage. Entitled “zone 3,” this amusing project was developed by an artist as part of the contemporary art festival, “Rouen impressionnée.” When people walk faster than 3 km/hour, the “radar” flashes to indicate that they are moving too quickly. The humorous installation is accompanied by an explanatory sign. 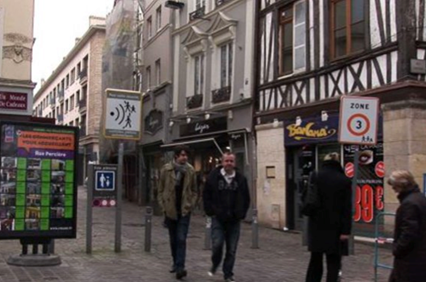 The idea of surprising people in their daily travels has also been taken up by another art festival. As part of Chicago’s Art on Track festival, artists invade the subway with their creations. One Saturday, a train car wound its way through the city disguised as a mobile garden, with its floor and seats covered with a thick layer of grass that invited passengers to take a seat. 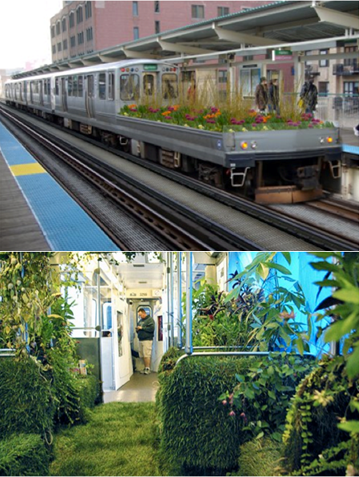 The cities of Quebec are also engaged in urban creativity. Competition among destinations is fierce and the world is becoming increasingly urbanized. To make our cities stimulating places to live and attractive destinations to visit, we must encourage artists, designers, architects and other creative thinkers to contribute to their growth and development (See: La créativite au service du développement urbain compte rendu de conférence).