Industrial heritage gets a new lease on life

Factories, mines, blast furnaces, grain silos and foundries are all sites that bear witness to an industrial past; though abandoned now, they have the potential to become veritable centres for the arts, culture or recreational tourism. Vestiges of the industrial era can be used to create innovative and attractive tourist products. 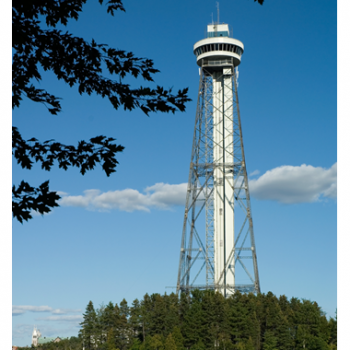 Usually located near urban centres, industrial wastelands often cover large areas and, once converted, they create space for a multitude of activities. Recreation areas, shops, restaurants, art galleries and museums are just a few examples of facilities that can appeal to a variety of clienteles. Some cities have found innovative ways to revitalize their industrial areas for the enjoyment of both locals and tourists. Conversion initiatives like this are breathing new life into industrial heritage and are part of the trend towards sustainable development.

Rather than abandon obsolete relics of mining, the government opted to transform several selected sites into cultural attractions

Germany and the Ruhr region have led the way in reinventing old industrial infrastructures as cultural attractions. In 2010, their efforts culminated in the selection of the Ruhr as a European Capital of Culture, the first time a region was so recognized. Rather than abandon obsolete relics of mining, the government opted to transform several selected sites into cultural attractions. For example, one of the largest gasometers in the world was converted into exhibition space. A former mill in Duisburg now houses a contemporary art collection, while the blast furnaces of Duisburg-Nord have become a landscaped park with a climbing wall, bike paths and an evening light show. The list of conversion projects is endless: mine waste has been rehabilitated and shaped into a ski run, another gasometer is a diving centre and an abandoned mine shaft hosts an indoor skydiving club. 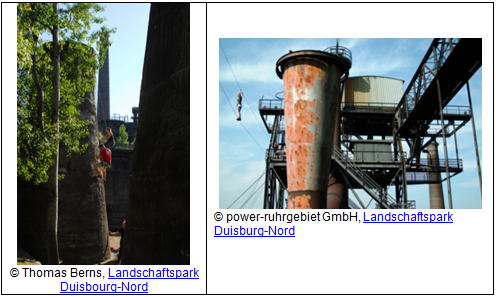 Zollverein: A wealth of activities

Beginning in 1990, the Zollverein coal mine industrial complex (covering 100 hectares) was converted into a multifunctional centre for the arts, culture, creative businesses and recreational tourism activities. Since then the site has been designated a UNESCO World Heritage Site and now attracts nearly one million visitors annually.

There is a swimming pool in the centre of the plant’s metal infrastructure and hiking and biking trails surround the former mine. A Ferris wheel anchored in the middle of one of the old coke ovens soars over the buildings, offering an unobstructed view of this World Heritage Site and its organization. During the winter, a 150-metre skating rink runs alongside.

The Zollverein discovery trail runs through a mine left in its original state. Guided tours introduce visitors to the coal extraction process, which is illustrated with the help of models, short films, interactive museum technology and a soundtrack. In the evening, a light show illuminates the buildings. 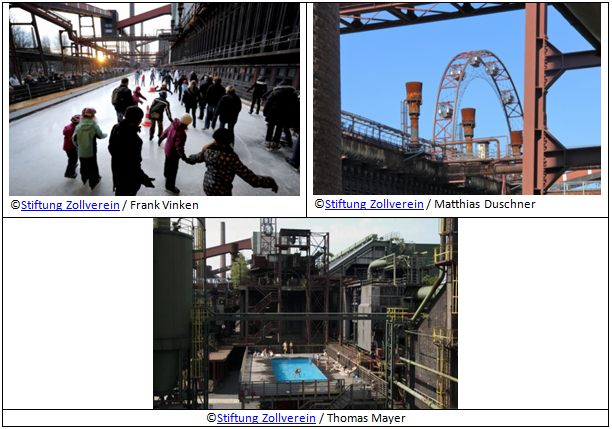 In addition to these recreational tourism activities, Zollverein is a centre for culture. From jazz to pop, the site has hosted more than 160 concerts since 1997 and is now encouraging the development of dance, theatre, visual arts and the performing arts. It is also the home of the Red Dot Design Museum, which is one of the largest exhibition centres for contemporary design. The site also caters to culinary enthusiasts, offering several restaurants and cafés. One of these establishments pays homage to the history of the place, offering meals typical of those eaten by mine workers during their breaks.

Steps from downtown Toronto, a former whisky distillery has become one of the largest pedestrian-only areas dedicated to the arts, culture and entertainment. Open since 2003, the Distillery Historic District is home to cafés, world-class art galleries, high-end restaurants, theatres and some of the hottest designer boutiques in the city. During the summer, the area is alive with activities like music and art festivals, farmers’ markets, beer tasting events, etc. The site also hosts over forty businesses: design firms, advertising agencies, film production companies, all inspired by the industrial décor of the former plant. The Distillery does not allow any national brands or chain stores; visitors can enjoy a uniquely Toronto cultural experience. 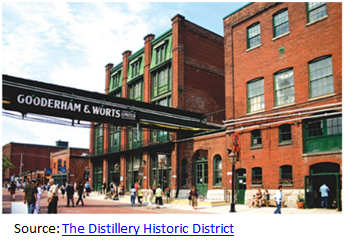 Industrial conversions are not found only in urban areas

Industrial conversions are not found only in urban areas. In Cedar Falls, Iowa, abandoned grain silos have been transformed into walls eight-storeys high for ice climbing. Thanks to a system of pipes attached to the top of the silos, water runs down the side, freezing and creating a wall of ice whose form varies according to weather and wind conditions. Beginners and experts alike can perfect their skills as they make use of these repurposed monuments of agricultural heritage.

Many communities of all sizes have vestiges of an industrial past that could be exploited. The fate of Old Montreal’s Silo #5 and the Canada Malting plant along the Lachine Canal remains uncertain. Industrial sites like these have the potential to become real attractions for both locals and tourists, while preserving the destination’s landscape, history and architecture. What do you think should be done for the industrial heritage of your city?