Innovative promotions from the events industry

Pop-up cinemas in unusual locations, custom lineups for Web users, and menus created to reflect the film being screened: these are just some of the creative ways in which festivals are staying competitive. 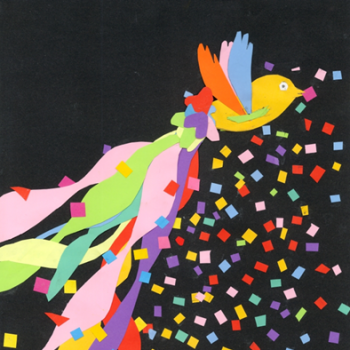 A best practices benchmarking study of the festivals and events industry carried out by the Transat Chair in Tourism for Festival et Événements Québec and several other partners highlights initiatives in various facets of the events industry. Here are some examples of these practices in the fields of promotion, product development and customer experience.

Video is a powerful media, especially when it comes to promoting an intangible product. Festivals understand this. Tomorrowland, the Belgian electronic music festival, creates a half hour film to recap each year’s edition. The 2012 Official Aftermovie has been viewed nearly 16 million times. This video is featured on the Tomorrowland website’s home page.

In addition to video, the Wanderlust yoga festival has developed several tools to promote its events. Organizers provide models for social media status updates to encourage participants to share information and message templates for yoga teachers who would like to invite their students (see example below).

On top of its official account, which organizers use to publish festival news, the Glastonbury Festival of Contemporary Performing Arts created the @Glastoinfo Twitter account specifically to act as an information centre. During the festival, authorized users of this account answer questions from festival-goers from 8:00 am to 11:30 pm.

For the 2014 edition of the Tomorrowland festival, organizers linked attendees’ RFID bracelets to Facebook to help them make new contacts. When two festival-goers in the same vicinity pressed a button on their wristbands at the same time, they were each sent a Facebook friend request.

The Nashville airport is promoting Bonnaroo by featuring works of art inspired by the music festival. 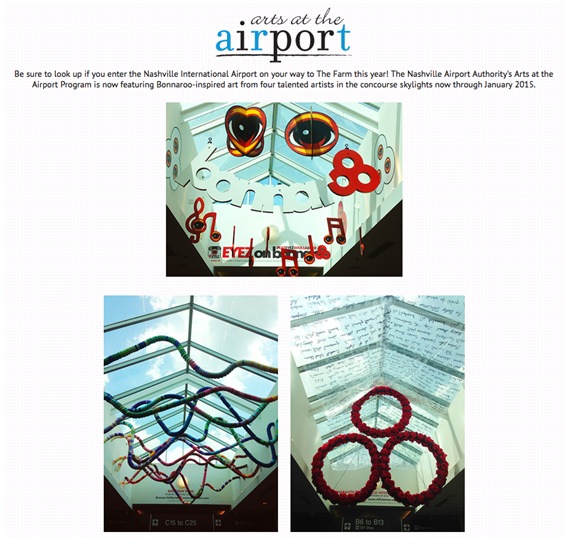 Taking place in late February, the Glasgow Film Festival in October presents free screenings of movie classics in shopping centres or department stores. During the festival itself, films are also screened in unusual places, like the subway and Glasgow Cathedral.

The Bluesfest in Ottawa has joined forces with its neighbour, the Canadian War Museum, for the display of festival posters. During the Bluesfest, the Museum’s lobby walls are decorated with an array of posters from past years.

The Reebok Spartan Race and the Festival IF3 have put together teams of ambassadors who work to publicize the events and encourage people to register. The Spartan Race Street Team will be made up of over 5000 members around the globe. The more people these team members sign up for the race, the more rewards they receive, like products, coupons or free admission.

Bluesfest organizers have also set up an advisory committee of some fifteen high school and university students to better identify their interests and ways to reach this public.

Since 1980, the Edinburgh Festival Fringe has organized a competition inviting young people ages 5 to 16 to create the official festival poster. 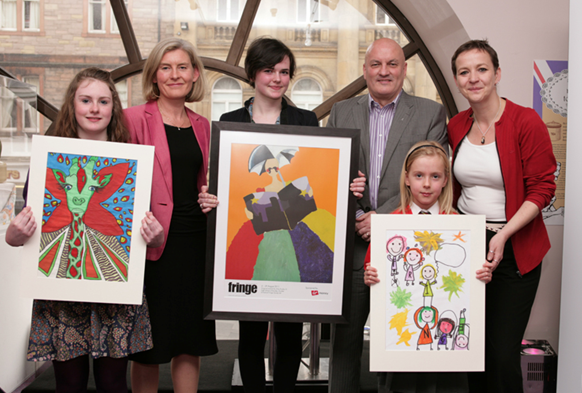 For its events in Montreal and Quebec City, the IF3 International Freeski Film Festival holds a contest inviting local amateur filmmakers to create  an urban skiing video and present it at the festival.

Events must renew their product offerings to maintain their momentum, stay competitive and encourage return visitors. At the Melbourne Food and Wine Festival, a temporary structure featuring the theme of water was set up on the banks of the Yarra River. A three-storey space with an open kitchen, floating bar and rain garden, the Immersery – Festival Kitchen, Bar & Raingarden was the centrepiece of the 2014 edition.

The Reykjavik Winter Lights Festival  has featured Pool Night since 2012. Five pools and a spa offer an evening of swimming with a light show, music and various activities.

The 2014 edition of the Glasgow Film Festival included Street Food Cinema, which offered the public an opportunity to enjoy dishes associated with the film being screened. 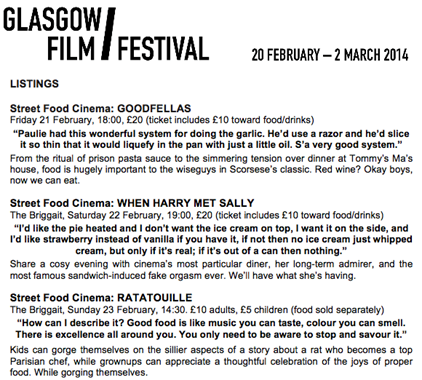 The events industry has not escaped the trend of increasingly personalized service. The National Arts Festival in Grahamstown, South Africa, and the South by Southwest (SXSW) multimedia happening in Austin, Texas, have both created customizable areas on their websites, where attendees can create a list of favourites, plan their schedule and manage their loyalty program.

This is also true of the Festival d’Avignon and Lollapalooza music festival websites, the latter of which features the “My Lolla” zone that enables users to create their own festival page with their favourite artists, custom lineup and the type of information they wish to receive. They can then share their choices on social media.

Festivals and events follow and adopt the trends that best suit their themes and target customer segments. The events studied are constantly evolving and demonstrate truly inspiring energy and creativity.