Instant messaging is quickly becoming one of the most important channels for brands to communicate with consumers. The tourism industry is following suit, using it as a customer relationship management tool. 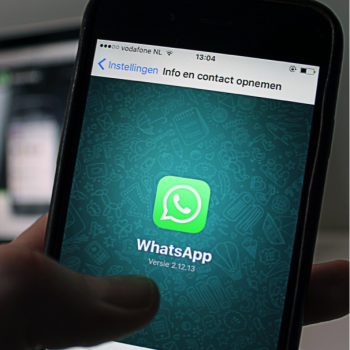 An improved version of cell phone text messaging, instant messaging services – such as WhatsApp, Facebook Messenger, WeChat and Snapchat – are mobile applications that enable real-time communication. In addition to live chat with their contacts, users can send emoticons and stickers, share files and location, start a group chat and make video calls. 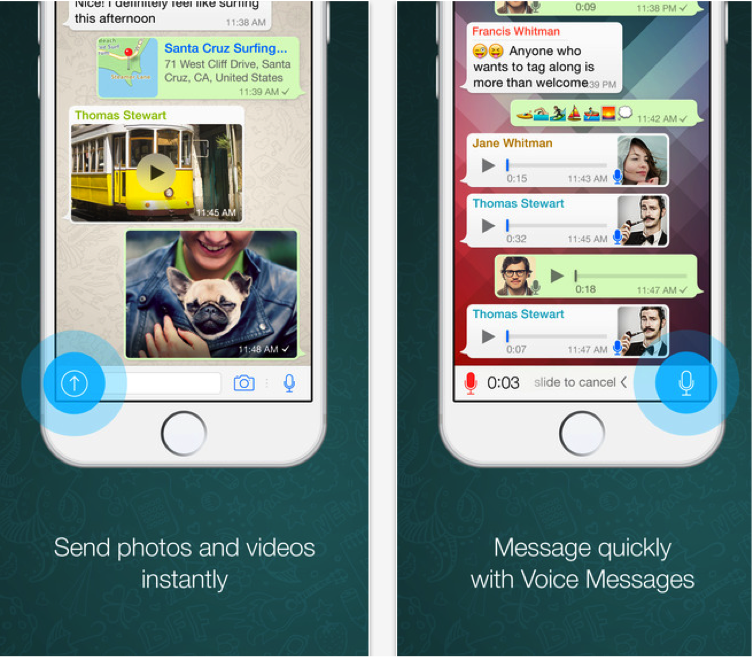 Among the main apps currently available, the only one so far with a tourism application is Slack, a tool designed to enable corporate team members to communicate with one another. Recently, through a partnership with online travel communities NomadList and Travel Noire, the tool was used to form two travel chat communities, #nomads and #TNdistrict (also the chat hashtags), whose members help each by sharing information about destinations. 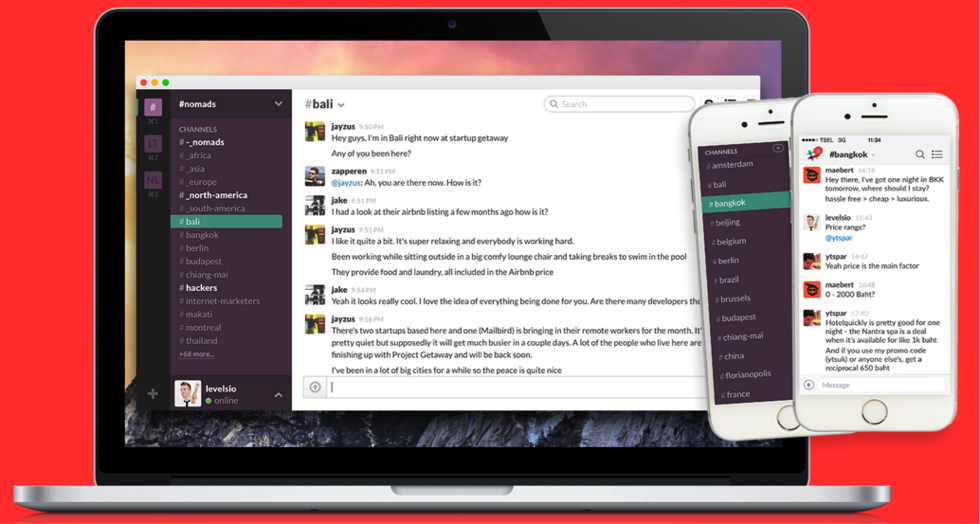 How Big is the Market?

The most popular, WhatsApp, was acquired by Facebook two years ago, as of February 2016, it has one billion monthly active users.

Four of the five most widely used social networks in the world are instant messaging apps. The most popular, WhatsApp, was acquired by Facebook two years ago, as of February 2016, it has one billion monthly active users. It is followed by Chinese app QQ Mobile (860 million users) and Facebook Messenger (800 million users). Search giant Google announced last December that it plans to launch a similar application. Apparently, it will include an automated virtual assistant, or chatbot, that will quickly respond to certain user questions.

According to industry intelligence platform Skift, the current era (dubbed the Post-App Economy) is a result of the rapid growth of instant messaging. Skift predicts that brands and businesses will take over applications that offer the most opportunities for real-time interaction with consumers. The information in the following table is by no means final and may well change in the near future. 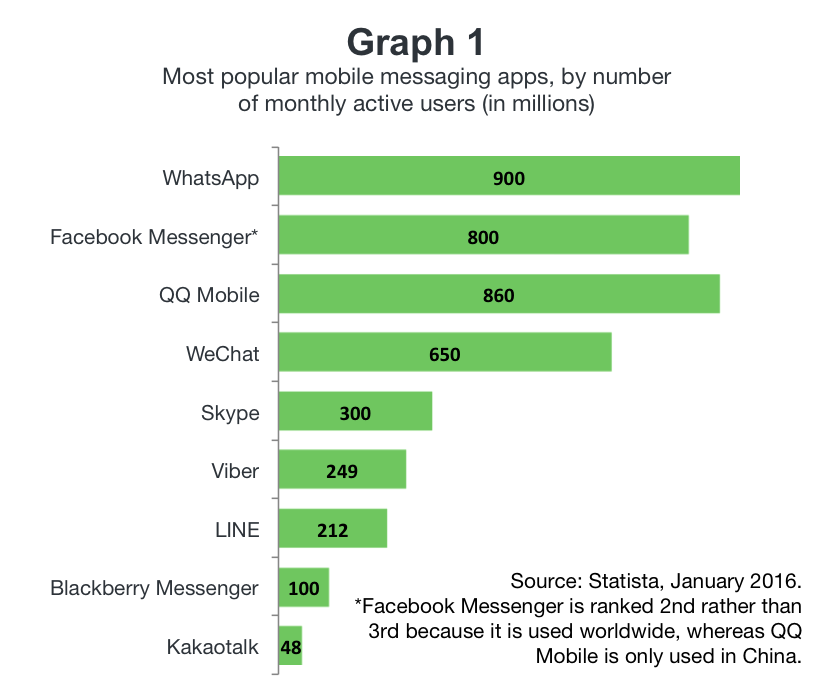 eMarketer claims that 75% of cell phone users worldwide used a mobile messaging app at least once a month during 2015 . The firm also estimates that 13.4 billion Canadians used these apps in 2015, up 40% over last year. Facebook Messenger was the most commonly used app in Canada and the U.S., used by 22.6% and 17.3% of Internet users respectively in July 2015.

The Tourism Industry Jumps on the Bandwagon

Some tourism-related businesses have invested in this new communication platform and are finding new uses for it. WeChat is widely used by China’s tourism industry, and Air France also has an account to answer customers’ travel questions. China Southern Airline uses the app to offer an online check-in service, Shangri-La Hotels offer a price comparison search function on it, and readers can access the comments made by Marriott hotel chain customers on its WeChat account.

Others have used it as a model to create innovative personal assistant tools that resemble a concierge service: 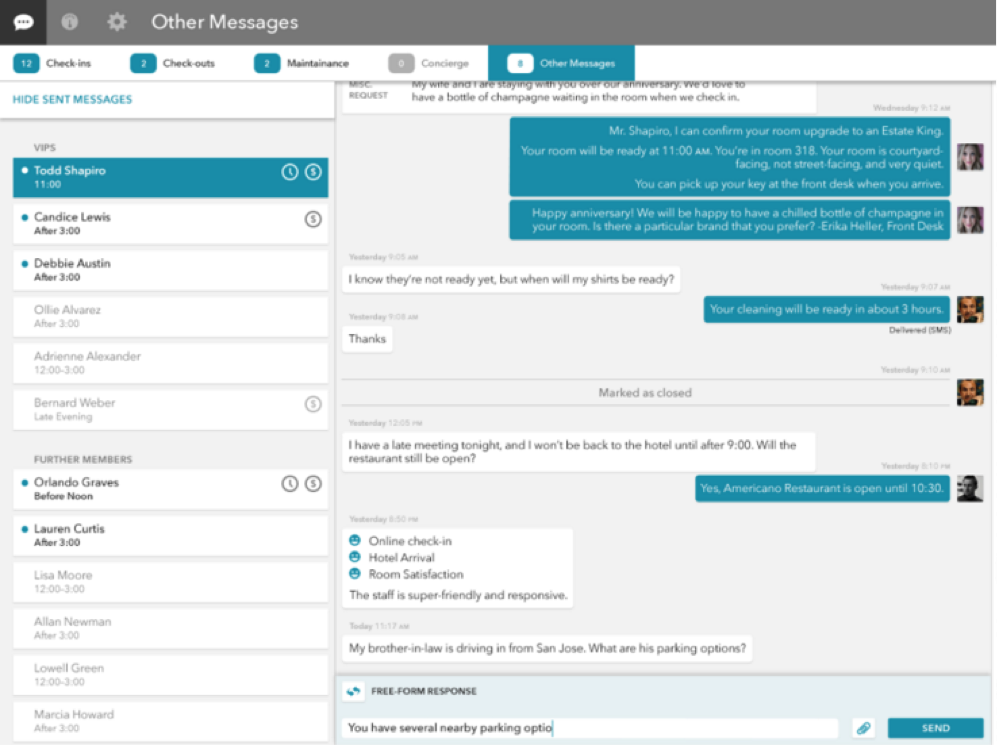 All interactions between the customer and the company’s various stakeholders

For tourism-related businesses, these mobile apps provide a way to improve their customer service by adopting an omni-channel approach. In Checkmate’s case, all interactions between the customer and the company’s various stakeholders appear in a single, shared Inbox, allowing staff members to more easily follow up on customer requests. This promotes a consistent and seamless experience, in which the brand speaks with a single, unified voice.

In the past five years, the growth in instant messaging apps has outstripped that of social media platforms. Indeed, Skift has called them one of the Megatrends Defining Travel in 2016, saying that tourism companies need to jump onboard. Customers are sure to make ever-greater use of messaging services because these apps meet all their needs. Not only can they book their trip on them, they can chat with the tourism company and their family and friends while they are away.

What about you? Do you think that instant messaging is the future of online communication?

Source of the header image: © pexels

— The Statistics Portal. « Most popular global mobile messenger apps as of January 2016, based on number of monthly active users (in millions) », statista.com, consulté le 26 février 2016.