Canadians made 32.3 million overnight trips outside the country in 2015, of which 82% were for leisure. This is more than two times as many international leisure trips per capita than in the United States! 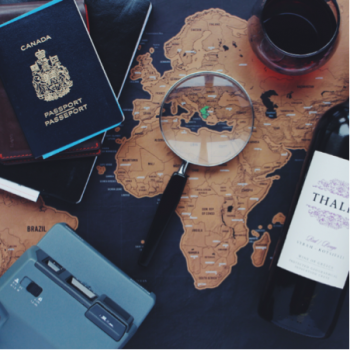 Frequent travellers, Canadians spend a lot when they travel and are open to emerging destinations. However, they also enjoy long-standing favourites, with the United States accounting for nearly three-quarters of their international trips. At the same time, they are strongly attracted to the sun and beach. The Caribbean, notably Cuba and the Dominican Republic, and Mexico have been welcoming growing numbers of Canadians for the past several years. European countries, predominantly France and the United Kingdom, remain favourite destinations. The image below illustrates some key figures.

According to a study published by the European Travel Commission, Canadian outbound travel grew by nearly 6% annually between 2004 and 2013. The World Tourism Organization ranks Canadian travellers 7th, in terms of international tourism expenditure: they spent CN$37 billion in 2013 (excluding the cost of international travel), or more than double what they spent 10 years ago.

In 2015, travellers from Ontario recorded the greatest number of trips abroad by far, accounting for 15 million, followed by those from British Columbia and Quebec. Compared to 2014, the number of trips to countries other than the United States increased by over 10% in each of these three markets. 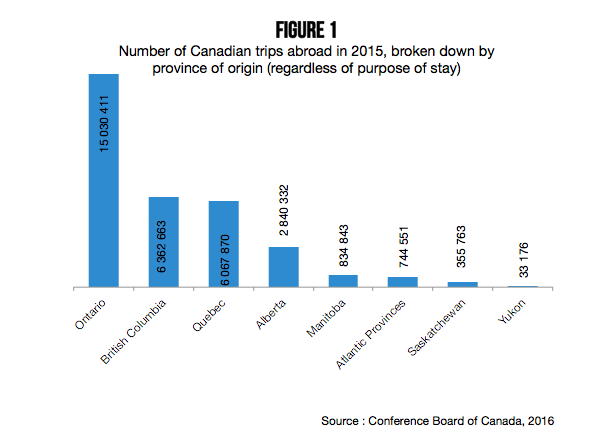 As the following figure illustrates, travel to other destinations has grown almost every year. In the last 15 years, the number of leisure trips taken by Canadians outside the country has jumped 92%. 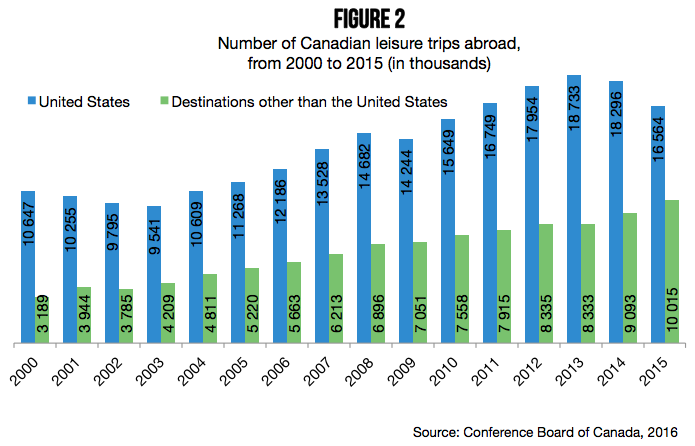 Sun destinations and Asia on the rise

The Caribbean and Mexico are very appealing to Canadians, attracting nearly 5 million Canadian visitors in 2015. The 4.7% increase in travel from 2014 to 2015 is almost entirely due to the growth of arrivals to Cuba, Mexico and the Dominican Republic. Together, these three destinations account for over three-quarters of the Canadian trips to this region. Figure 3 illustrates this growth since 2012. 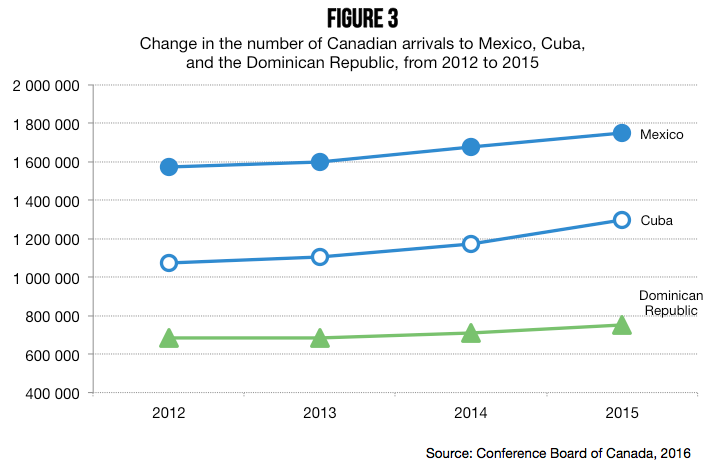 Countries in the Asia/Pacific region have also seen an appreciable increase in the number of Canadian visitors, welcoming 2.4 million in 2015. As Figure 4 shows, China, Hong Kong, Japan and Thailand are the most popular destinations.

According to the Conference Board of Canada (based on estimates from 24 countries), Europe received more than 4.7 million Canadian arrivals in 2015. For many years, France, the United Kingdom, Italy, Germany and Spain have accounted for two-thirds of Canadien trips to Europe. However, less traditional European destinations like Greece, Finland and Croatia have been making significant inroads into the Canadian market. Primarily chosen as a summer vacation destination, Europe welcomed 6.2% more Canadian visitors in the winter of 2015-2016, compared to the previous winter. 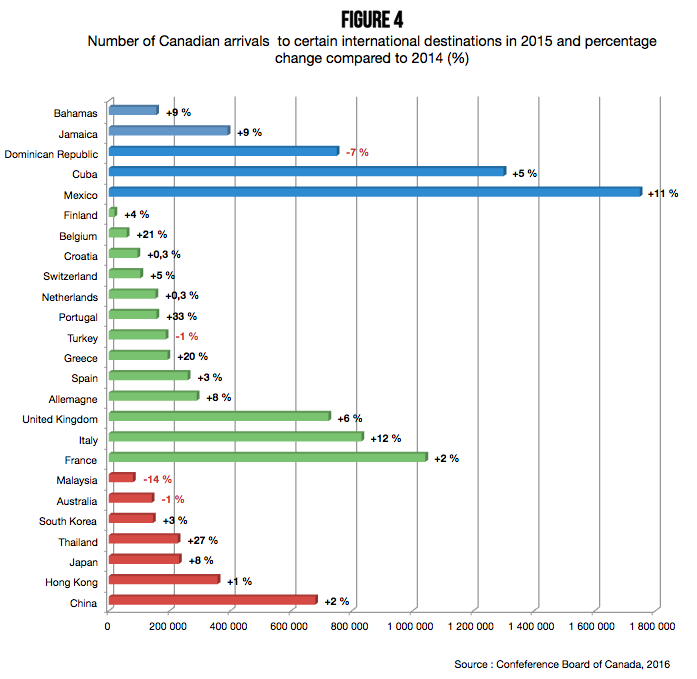 Canadians are primarily independent travellers (FIT), opting for personalized itineraries rather than organized programs. For Canadian travellers, the purpose of stay in Europe is not the same as that for other destinations. While 14% of trips to the United States are taken to visit friends and relatives, this proportion rises to 38% in the case of travel to Europe. In addition, the percentage of Canadians travelling for business is higher in Europe than elsewhere.

Several elements will drive the growth of Canadian outbound travel in the coming years: