While France, the United States and Spain still lead the rankings in terms of international tourist arrivals, new destinations are close behind. Following explosive growth in its travel industry, China now accounts for more international travellers than any other country in the world. And where does Canada stand? 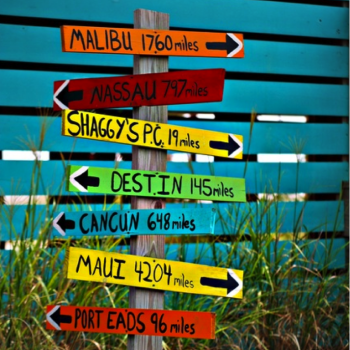 According to World Tourism Organization (WTO) estimates, the number of international tourist arrivals reached 1.2 billion in 2015, an increase of 25% over 2010.* Seen over the longer term, growth has been exponential.

Since the WTO compiles national statistics, methodologies may vary. For this reason, results must be interpreted with caution. In addition, results for the year 2015 were estimated based on partial data for some destinations. This article is an update of the 2011 analysis Global ranking of destinations and source markets.

Not only has the ranking of destinations changed dramatically over the years, the sheer number of countries visited by tourists has increased tremendously. Here are some interesting observations about the number of international arrivals at the most popular destinations (Table 1): 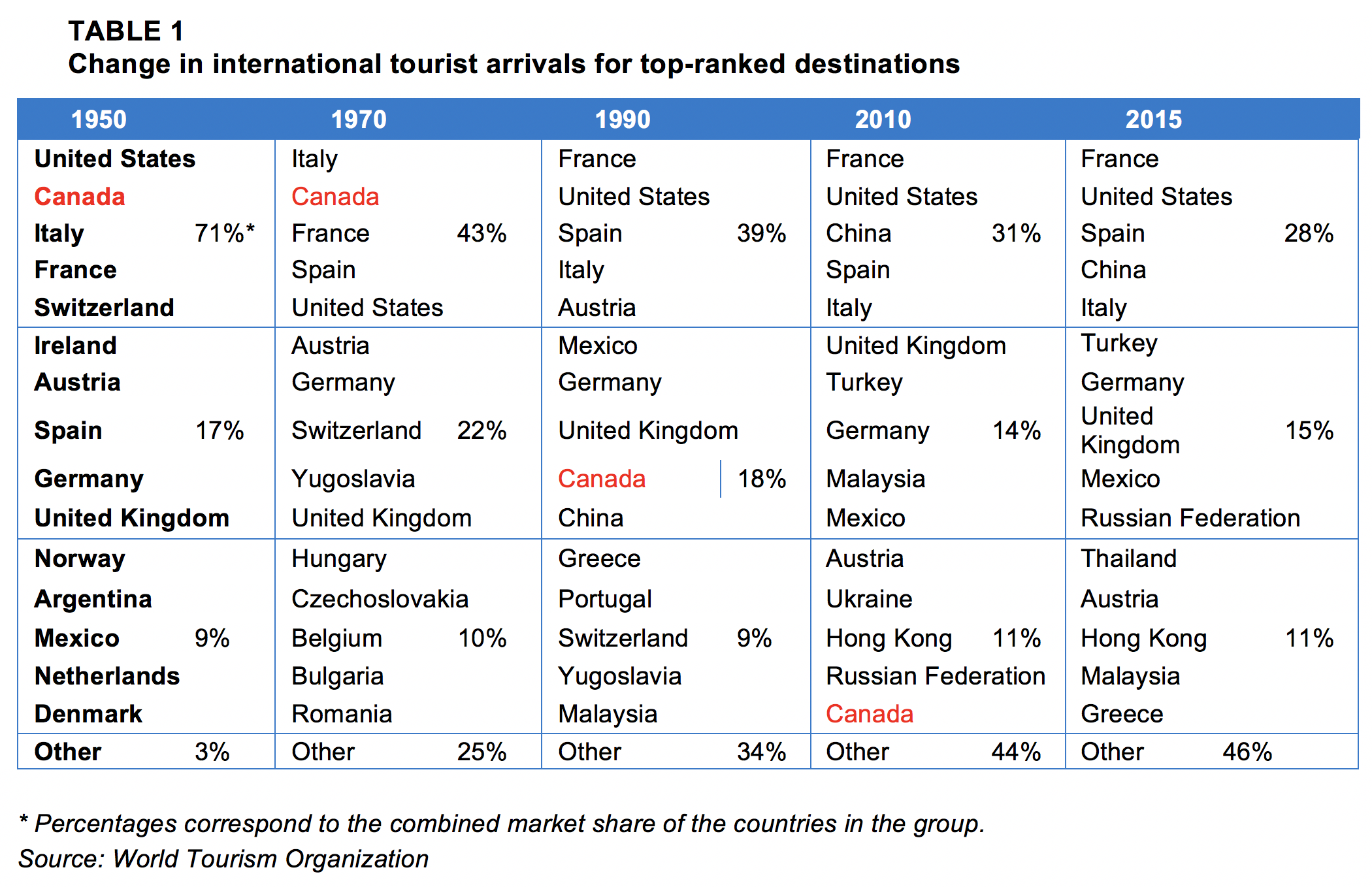 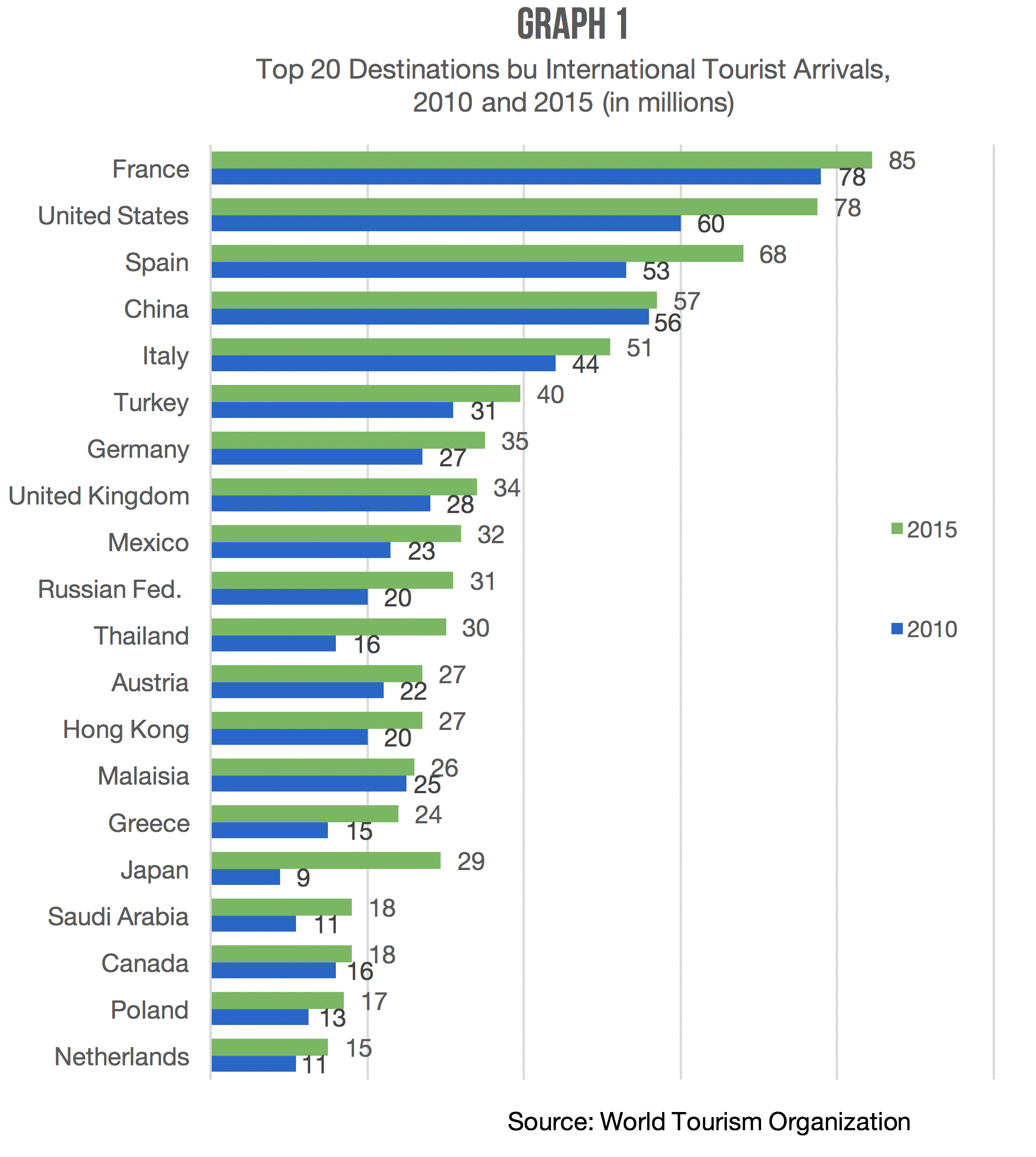 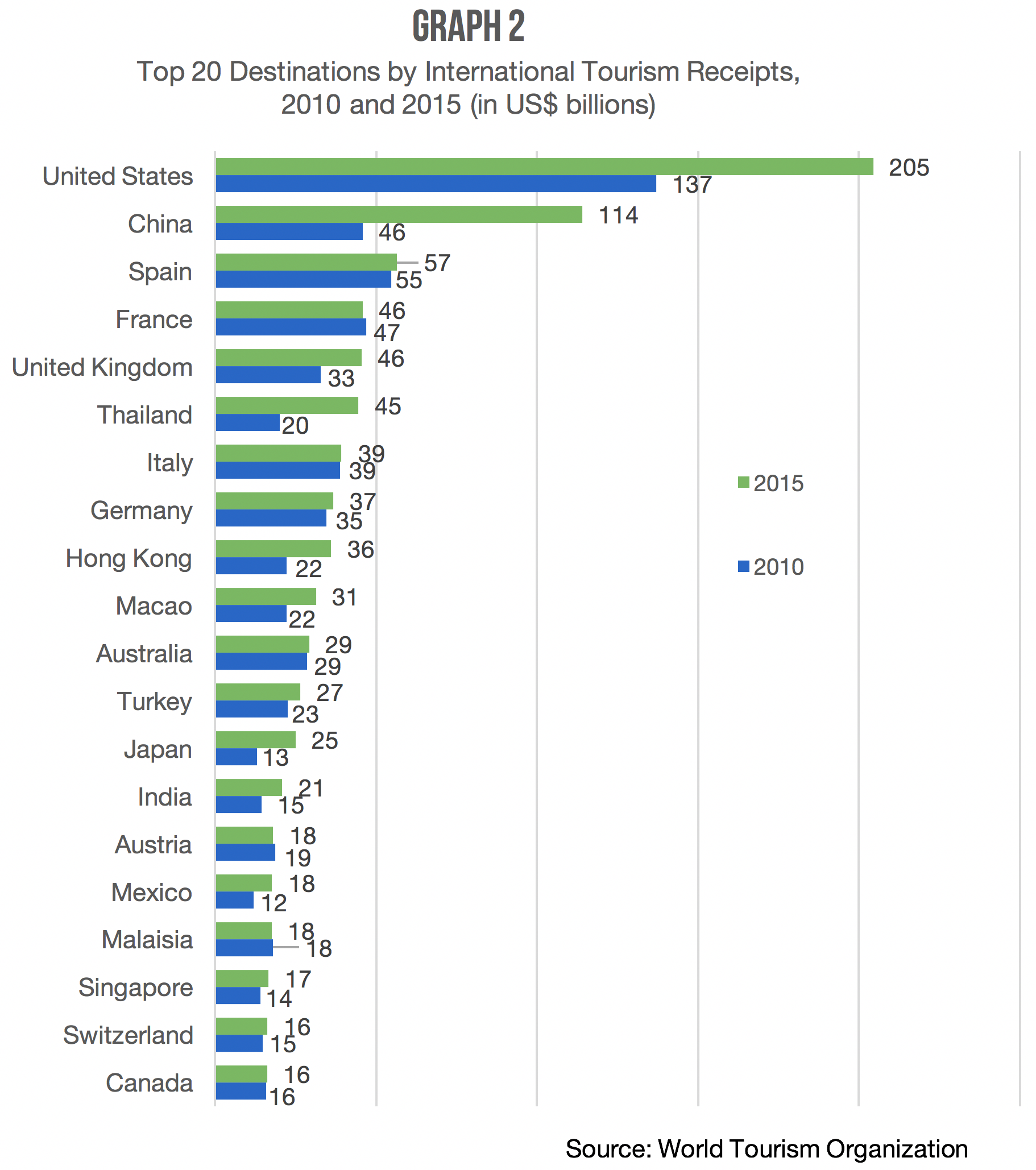 Although the overall increase in international tourist arrivals benefited all the countries in the top 20, Graph 3 illustrates significant differences among the various countries. Canada recorded growth of 13%, one of the lowest rates among all the destinations, which explains its drop in the rankings. Japan staged a comeback, increasing the number of international tourist arrivals from 8.6 to 29.5 million in 5 years. This increase is due to some external factors (depreciation of the yen and economic growth in China) as well as Japan’s decision to deregulate its aviation industry and facilitate visas for travellers from China, Malaysia and Thailand, making the country more accessible. Thailand, Saudi Arabia and Greece also saw significant increases in the number of tourists. 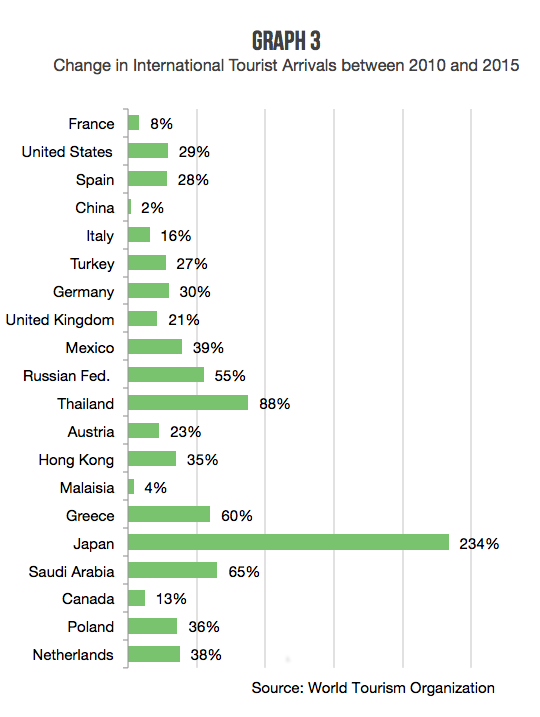 Where do most travellers come from?

China has experienced explosive growth in international tourism expenditures, increasing 1240% in the past 10 years. Although a large part of this growth can be attributed to intraregional travel, China is still a huge outbound market. Chinese travellers spent an estimated US$292 billion outside the country in 2015. In comparison, travellers from the United States (the number two source market) spent US$113 billion and Canadians only US$29 billion. In Canada, the number of travellers from China in 2016 surpassed those from France, which was ranked 2nd. Other countries in the Asia and Pacific region also significantly increased their international tourism expenditures (Republic of Korea, Hong Kong and Singapore). It is crucial to continue efforts to develop direct flights with this region.

Germany, the United Kingdom and France occupy the next positions in the ranking. Japan moved from 5th in 2005 to 19th in 2015. Although several countries have seen a drop in their international tourism expenditures, the case of Japan is the most dramatic. Canadians spend a lot on international travel, ranking 7th. 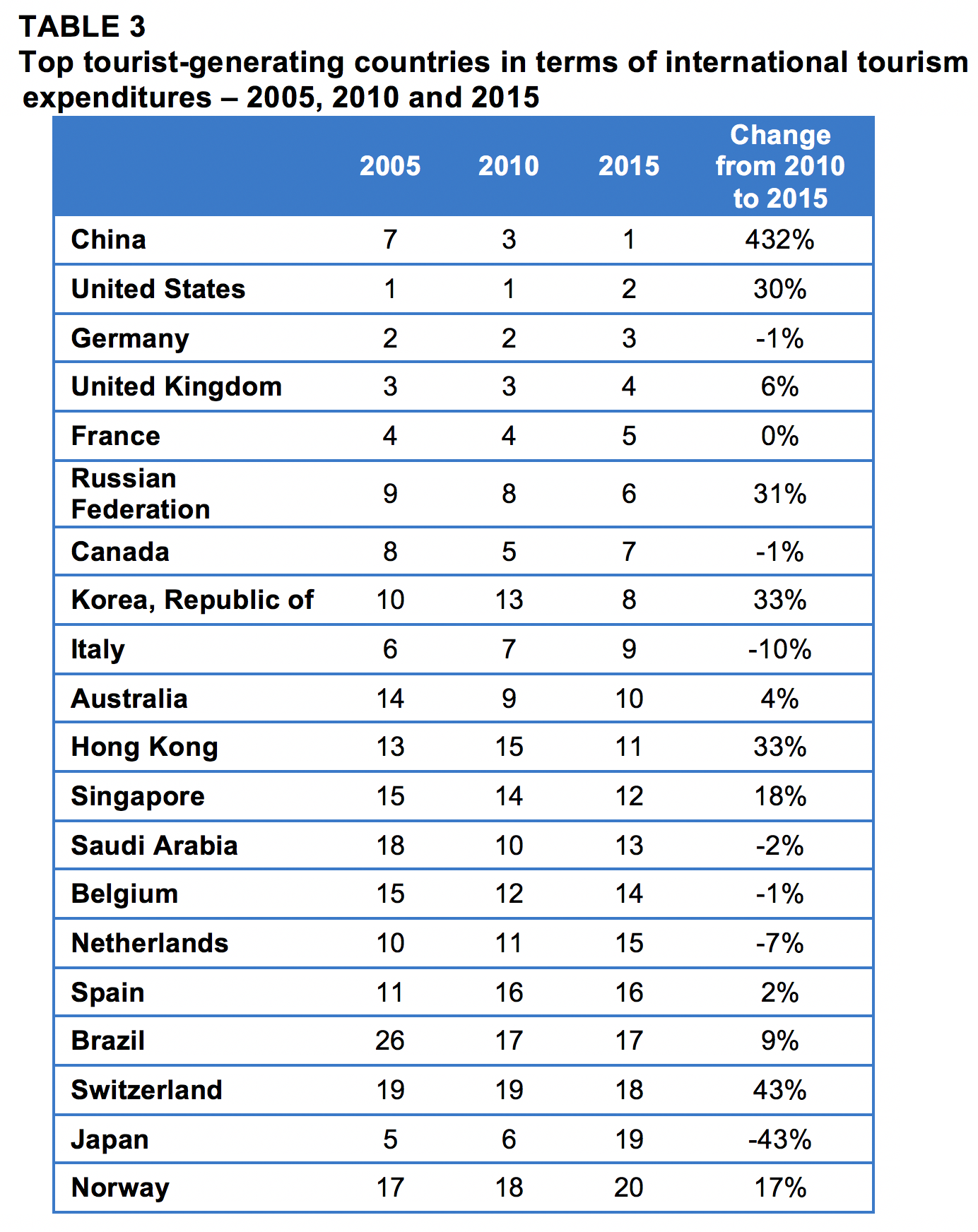 Focus on attractiveness and accessibility

International tourism continues its fantastic growth, attracting more and more travellers. Remaining competitive is a challenge for everyone. Although distances are less daunting than before, Quebec does not enjoy close proximity with major outbound Asian markets, nor does it benefit from the presence of low-cost flights linking it to a number of neighbouring countries as is the case in Europe, in particular. Efforts to increase destination attractiveness and accessibility are thus doubly important.

Source of image on page one: Pexels