All too often, there is a significant gap between the image we want to project and the actual one. To ensure that the promise lives up to the reality, destinations have begun relying on the locals to communicate the true nature of the place they call home. 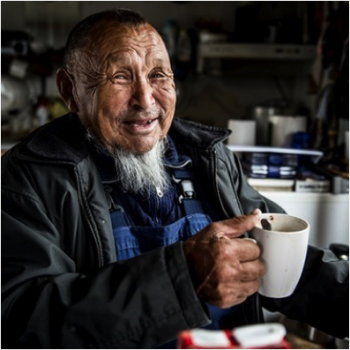 To stand out and communicate its essence, destinations tend to highlight their distinguishing characteristics, such as their scenery, activities, history, arts and folklore. But, there is another way in each destination is unique: namely, the relationship between the locals and their environment. And, travellers are increasingly seeking out experiences which highlight that connection. The following examples show how destinations are focusing on authenticity

The organization Visit Greenland repositioned the destination in order to convey a more accurate image. Previously, marketing initiatives had focussed more on the country’s folklore and northern way of life, which is not necessarily what visitors found once they arrived. According to Lykke Yakaboylu of Visit Greenland, the new positioning was motivated by a desire to paint a more truthful and authentic picture of Greenland.

Before launching a major international marketing campaign for this remote and sparsely populated land – it has just over 56,000 residents – organizers would normally have called on external expertise, perhaps from Denmark or the United States, retained at great expense and necessarily having an outsider’s perspective on Greenland’s story. Instead, Visit Greenland decided to use local talent for their pictures, videos and stories, so that the message and ideas came from within rather than from without. 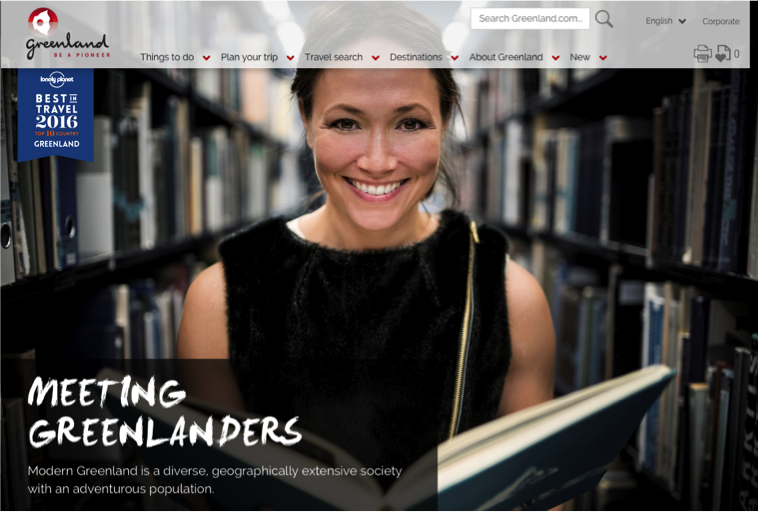 The Visit Greenland team decided to focus its offer on the Big Arctic Five, centred around Greenland’s national brand, “Pioneering Nation”. Dog Sledding, Northern Lights, Ice & Snow, Pioneering People and Whales can all be experienced elsewhere but, in Greenland, there is a profound connection between those elements and the local culture. That is what Visit Greenland set out to prove.

Again with an eye to authenticity, all the visuals are new and show a modern community. The team also had fun dispelling a few pernicious misconceptions. The image below, for instance, shows a young and good-looking dog musher, obviously well-educated, sipping an espresso. This contrasts starkly with the preconceived image of the old and reclusive Inuit usually associated with this type of work.

The repositioning process required abundant, awe-inspiring and impressive visuals in order to change people’s entrenched perceptions. The video below shows the thought process behind the Visit Greenland rebranding.

Brittany, As Seen by the Natives

The traditional image of Brittany is based on a number of stereotypes: it’s cold and damp, its people are closed-minded and unfriendly. At least, those are the findings of a discussion group made up of people who had never set foot in the region. To change those preconceived notions, update its image and emphasize its regional identity, Brittany’s Regional Development Council and Regional Tourism Committee launched a campaign that puts locals in the spotlight.

The strategy would have to be innovative and creative, portray the region’s vitality, and accurately reflect the Breton identity. And so the organizations embarked on a co-creation process with enthusiastic locals, proud of their region and heritage. That pride is at the heart of the Viens en Bretagne / Come to Brittany campaign.

The concept involves asking Bretons to make a video of themselves praising an aspect of Brittany they are particularly fond of to non-Bretons, and encouraging them to come and discover it. And the request to “Snap Your Selfie” was a huge success! Since the campaign was launched in 2014 – with the tagline « Bretons, we need you! –, 250 videos have been uploaded to YouTube, fifteen of which were chosen as part of the official campaign. Here is the humorous video that got the ball rolling and set the tone for the campaign, followed by two submissions that were aired on TV.

Rather than denying some of the more frequently criticized aspects of their region, such as the rainy weather or the peace and quiet, the campaign humorously portrays them as assets. These clips – using colloquial speech, by “real” Bretons – are perceived by consumers as authentic and hence more trustworthy than the more formal, institutional messages. A survey showed that 75% of people who had never visited Brittany were more inclined to go there after having seen the ads.

Yukon, As Told by its Inhabitants

Tourism Yukon’s Yukon Now campaign is another excellent example of how locals can make a significant contribution to promoting a destination. One of the campaign’s initiatives is the Yukon Digital Storytelling Project, a collection of three original web series that rely on the concept of storytelling. After the call for proposals and selection process, the jury chose three films for airing on Canadian speciality TV channels.

The other videos submitted to the jury can we viewed on the Travel Yukon YouTube channel. Taken together, these short films show different and possibly unknown aspects of life in the Yukon, thereby providing unique insights into the destination. Here’s a behind-the-scenes peek into the fascinating life of a dog musher.

In addition to these mini documentaries, the Yukon Now campaign also include a site with user-generated content encouraging visitors and Yukonners alike to share their favourite photos, videos and stories about the region. Destination Canada rewarded both of the aforementioned initiatives with a 2015 Explore Canada Award of Excellence in the category of Most Innovative PR Campaign.

Getting the locals involving in destination marketing initiatives is becoming an increasingly popular tactic. Iceland has been putting locals front and centre in its campaigns for years. Other places, like Scotland, ask scotophiles to share their photos and stories. Today’s demanding travellers want to be immersed in the destination and enjoy authentic, important experiences. Who better than the locals to convey the riches that await these eager visitors?