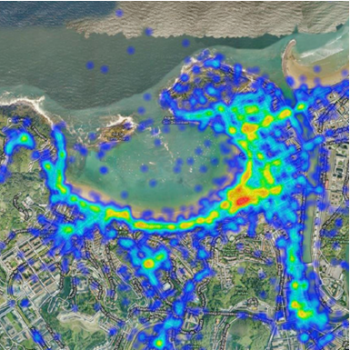 Measuring visitor traffic and profiles at tourism destinations was the focus of discussions at the Symposium of the Transat Chair in Tourism of UQAM’s ESG, which took place last September in Montreal. Some destinations give their tourists GPS sensors and mobile applications so that movements, habits, and impressions can be tracked during their stay. Others encourage lodging establishments and tourist attractions to use software that enables front-line staffers to poll travelers, then transmit the information directly to the organization that will process it. Following are the examples of two research organizations – one in Spain, the other in Belgium – which use technology to facilitate data collection, increase its validity, and disseminate the findings quickly.

Analyzing tourist traffic at a destination is a complex yet necessary task if we are to understand the dynamics that inform the traveler’s experience. What attractions and places does he visit; how much time does he devote to each; which routes does he take; at what pace does he travel? Until recently, few tools existed to truly measure this movement, other than statistics on attraction attendance figures, which remain static indicators.

For this reason, the CICtourGUNE research team in Spain’s Basque Country, led by Ms. Aurkene Alzua-Sorzabal, developed the eGIStour system. The system is designed to measure movement while including the tourists’ profiles, habits, and impressions of their experience. In specific terms: designated travelers are given a small device that tracks their movements. They will have previously completed a short Web-based questionnaire about their personal profile, motivations, length of stay, composition of their group, etc. The image below illustrates the movements of visitors equipped with the eGIStour system in the Spanish city of San Sebastian. 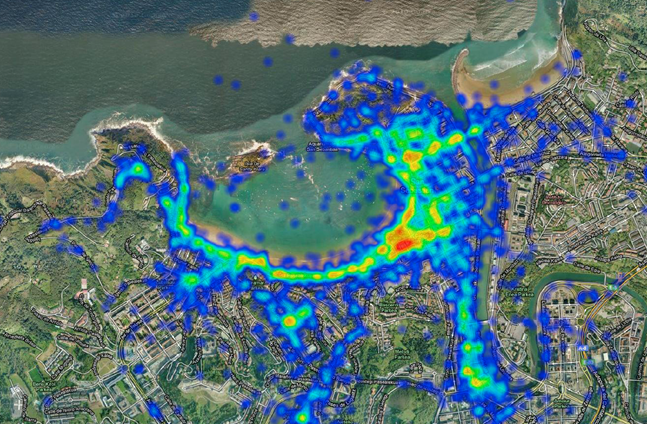 Some benefits of this approach:

An application to measure enjoyment of the experience

The traveler equipped with a sensor can also record real-time impressions by using a mobile application. The GPS detects the attraction the participant is visiting and, for example, the visitor might be asked to indicate his degree of appreciation for the site. Once the device is connected to the Internet, that information is sent to the research centre for analysis. The Emotionmeter (see image below) is a variation on this type of application, which can be adapted to suit an organization’s requirements.

This is an entirely new approach to tourism research. As Ms. Alzua-Sorzabal has said, the pairing of science and technology should begin to play a major role in the development of standards.

Connecting the tourism industry to a single platform: the Wallonia example

The Wallonia Tourism Observatory (WTO) recently developed four new data-gathering and dissemination tools. Behind these tools are two software programs designed to collate statistics in real time. The data are analyzed within days of being collected by Observatory experts. Ms. Véronique Cosse, head of the Observatory, presented the salient features of these new information-collection systems.

The Webropol platform is an online survey software program. The WTO uses it primarily to create newsletters that quantify tourism performance during vacations. With Webropol, these post-vacation barometers are enhanced by the following characteristics:

The table below shows the type of information contained in the post-vacation barometers. These reports were presented in September 2012 and illustrate the results for August 2012 for the Wallonia region. 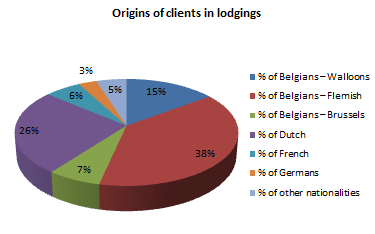 The great majority of occupants of Wallonian lodgings were the Flemish, accounting for 39% of total clients. They were followed by the Dutch, who represented 26% of clients. We then note Walloons (15%), residents of Brussels (7%), and the French (6%). 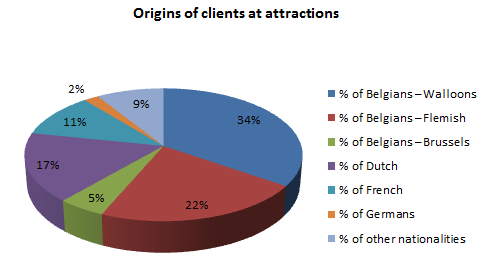 62% of clients at attractions were composed of Belgians: 35% Walloons, 22% Flemish, and 5% from Brussels. Nonetheless, the Dutch accounted for 17% of the total visitor number, while the French represented just 11% and the Germans, 2%.

The second program, Windbill, is incorporated into the ticket operations of tourist attractions and museums in the region. Eighty businesses are using the system at present. It is designed to allow front-line personnel, when selling a ticket, to record some information about the visitor’s profile, such as place of origin and whether he is a child, adult or senior. The Windbill program automatically creates monthly folders that can be sent to the WTO with one click. The information – simple, and quickly gleaned from the client – not only allows a business to systematically identify the composition of its client base, but gives the region a way to easily and rapidly create a portrait of its tourism traffic. The image below illustrates the Windbill interface. 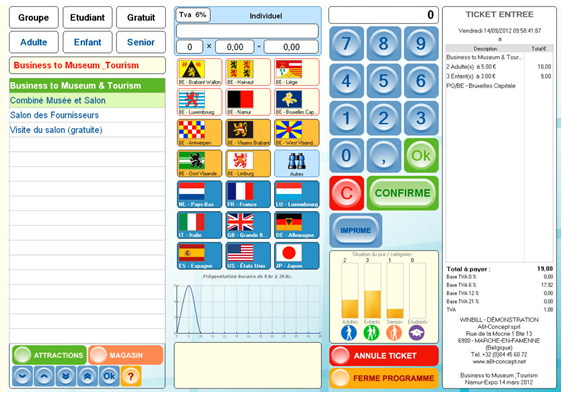 A question of collaboration

Whether it be the approach of the Wallonia Tourism Observatory or that of CICtourGUNE, collaboration between tourism businesses is indispensable. In the WTO example, sharing of information is a crucial issue. It requires powers of persuasion and ensuring that the information transmitted is treated confidentially; it must be shown that findings, always published in an aggregated manner, allow each partner and the industry overall to improve competitiveness.

Presentations made at the Transat Chair in Tourism 2012 Symposium on Measuring the Performance and Economic Contribution of Tourism, Montreal, September 24 and 25, 2012:

• Cosse, Véronique. “Innovation in the Measurement of Tourist Traffic – the Wallonia Example”